Oxford University Officers’ Training Corps is one of the oldest units in the British Army; formed by students of Oxford University in 1642, in World War One it saw losses of around 2000 men. 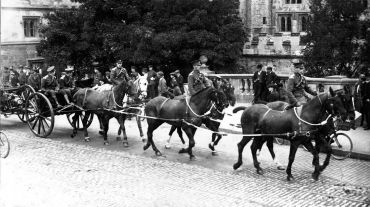 When war broke out in August 1914 members of the Officers’ Training Corps (OTC) were fondly known as ‘The Bugshooters’ after the seemingly pointless hours spent on Christ’s Church Meadow drilling with rifles and shooting at nothing but bugs. This was all to change.

Lieutenant Colonel Simon Mason, the current Commanding Officer, said: “Four years later over 2000 Oxford students had fallen in the war. My predecessor, Lt Col J F Stenning, was charged with training the best of Britain’s future for the trenches, an unenviable task.” 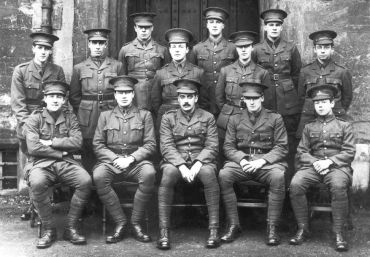