In 1914 Mansfield was a small, non-residential, Congregational theological college preparing students for theological degrees and ordination.  The college was not part of Oxford University but insisted that its students were. Those not already members of other colleges became Non-Collegiate students on arrival from other universities.  Arts students were admitted to complete non-theological degrees at the university before their Mansfield course.  In Michaelmas 1914 the college comprised eighteen theologians, all graduates, and four arts men. 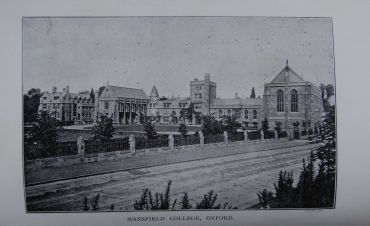 During the war some alumni and current students chose pacifism, several joining the Fellowship of Reconciliation. Others chose national service and of those most opted for pastoral work appropriate to their calling and experience. As well as the Y.M.C.A. they worked for the British Red Cross Society, the Friends’ Ambulance Unit (FAU), the Friends’ Relief Fund in Serbia and many, mostly alumni, became army chaplains.  Augustus Cullen, working at Havre Y.M.C.A., wrote in the college magazine: ‘Tired and cold and hungry, the first thing these men see on landing is the Y.M.C.A. Recreation Room.  There they can get such things as tea and cake, tobacco and cigarettes, chocolate and matches – all English; there, after their long and inevitably uncomfortable journey they can rest, play games, read the latest English papers or join in a sing-song; there they find facilities for writing letters.’ They enjoyed ‘the comradeship that they find there; and many of them stay for the short prayers at the close.’ 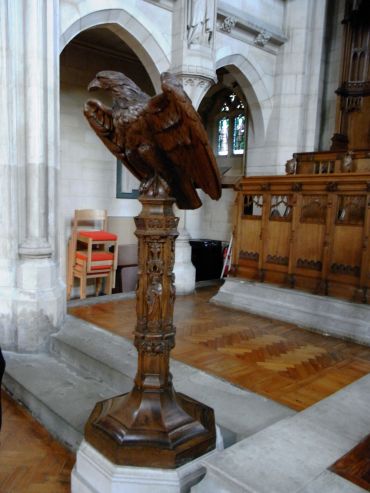 Volunteering for the army was, for some, a difficult choice. Noel Whitfield remembered his friend George Haydock’s decision: ‘Only those who knew him could understand what agony of soul he suffered before deciding that his duty lay in the direction of Military Service.’  P. G. Simmonds, a year from ordination, wrote of ‘prayerfully and deliberately’ deciding on a commission in the army, ‘to safeguard the interests of a Society of which I am a member, and which has in it so much good that I dare not let it go; the cry of generations unborn has called me to do what I can to prevent Germany from realising her dreams.’  C. J. Cadoux, the only member of the small SCR to gain experience under fire, did so as a pacifist serving with the FAU in Dunkirk and Poperinghe for three months in 1915.

College manciple Charles Symonds, an officer in the Territorial Force, began the demanding job of Quartermaster of the 3rd Southern General Hospital, based in the Examination Schools, on 5 August 1914, and with him went three men he had trained as kitchen boys.  Bursar’s clerk Alfred James and JCR servant William Buckingham also joined the army.

Although not used by the government Mansfield found wartime functions for its site. Mansfield’s Chapel had, pre-war, served non-conformists throughout the university. After an initial decline in Chapel attendance, the growing military presence in Oxford increased numbers. In 1917 a Royal Flying Corps Parade Service was introduced. In the summer of 1916 a Wounded Soldiers’ Garden Club began, using a lecture room the following winter. 500 men each afternoon consumed, in three years, 250,000 ‘very ample teas’ 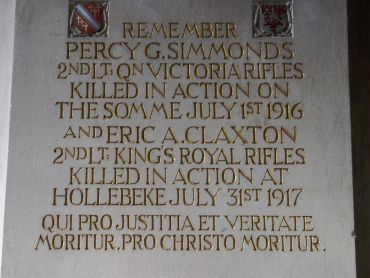 The College Reports maintained a positive tone throughout the war; work being ‘steadily carried on in all departments, notwithstanding the depletion of numbers and the distractions of the present time’.  The wartime decline in student numbers reversed in 1919 when fourteen theologians and four arts men, many returning from service, were admitted. Chaplain, alumnus Nathaniel Micklem, recently returned from Y.M.C.A. work, described 1919 Chapel congregations as ‘unusually large’, despite the discontinuance of the Parade Services.    ‘During the two terms that I have been here’, he wrote in June 1919, ‘Oxford has been filling up and reviving.’

In 1918 the Principal presented a lectern to the Chapel in memory of his son, Joe (Wadham 1910), killed near Ypres on 13 June 1916 with the 13th Canadian Battalion.  In 1921 memorial inscriptions were placed in the Chapel to commemorate the deaths of two Mansfield students: P. G. Simmonds, killed on the Somme on 1 July 1916 with Queen Victoria's Rifles, and Eric Claxton, killed at Hollebeke on 31 July 1917 with the King’s Royal Rifle Corps.