"'Lest we forget' - To those members of Jesus college hereon recorded, who gave their lives in the war 1914-1918, their successors dedicate these panels",  January 1921 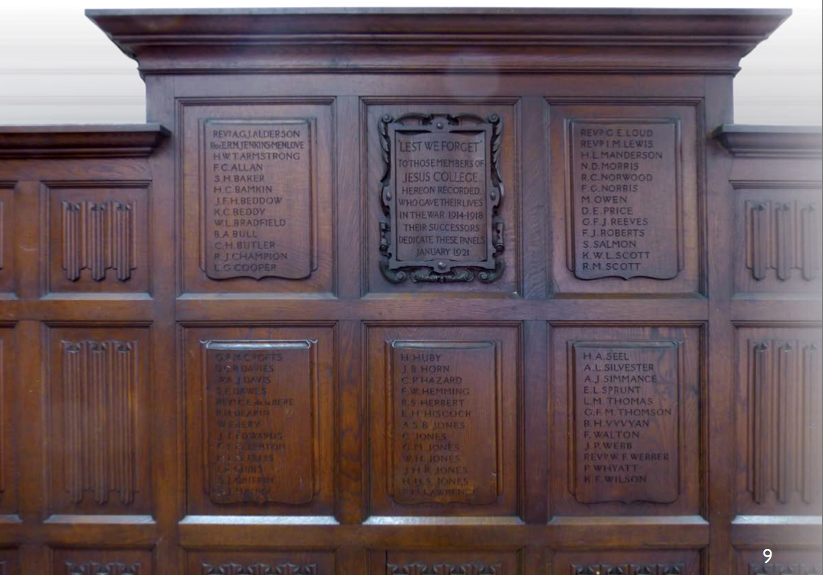 Jesus College War Memorial erected in what was then the JCR

"After a silence of over four years, enforced by certain tribal disturbances in Europe, the Jesus College Magazine again makes its bow to the public". These are the opening words of the Editorial in the June 1919 edition. They betrayed no inkling of what was to follow: the only hint of any sort of conflict was a disparaging comment about a picket line of 440 members served in the war, of whom 67 lost their lives.

Undergraduate numbers dropped dramatically: from 135 in 1914, to 63 in 1915 and then to 18 by the end of the war. The minutes, however, make no mention of one unexpected influx. In 1916, 63 members of the Royal Flying Corps were billeted in College and the arrangement continued until 1918.