There is a story that in 1914 a high ranking army officer was waiting for a train at Didcot station. He recognised the strategic potential of Didcot, situated as it was in the centre of England on a major railway line surrounded (as it was then) by open fields - the perfect place for an ordnance depot. 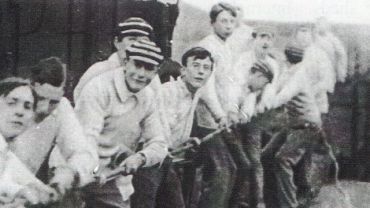 In March 1915, the army's new Central Ordnance Depot in Didcot was underway, taking up 600 acres of land (much of which is now the site of Didcot power station). The Depot opened in June and soon boasted that it could supply anything to the British Army in 48 hours.

With labour shortages it looked to volunteers – officers’ training at Oxford's colleges, the Volunteer Force and even Eton College's OTC came to help. This included Prince Henry who was later to become the Duke of Gloucester.

The army stores at Didcot were a strategic back up to Woolwich arsenal in London in case of invasion via the Thames estuary or attack by Zeppelins. At Didcot they sourced and supplied everything from blankets and uniforms to horse shoes and ammunition – a remarkable logistical feat in an age before modern communications.