Fellow of New College, Oxford, John Scott Haldane began the slightly unorthodox technique of experimenting on himself and his family in his home laboratory in Crick Road, Oxford to develop the first prototype of the gas mask. 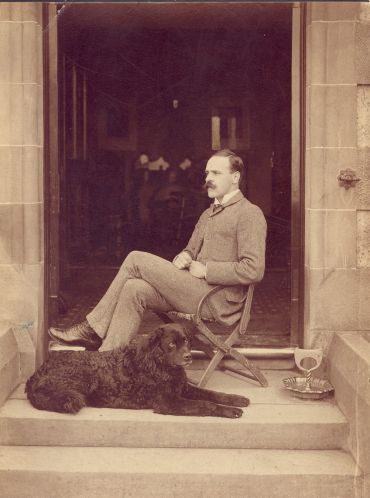 John Scott Haldane in his home at 11 Crick Road, Oxford

Scott Haldane's speciality was respiration, he had had notable success in his introduction of canaries in coal mines to test for toxic fumes. When the Germans began using poison gas in 1915 he threw himself into the war effort as a front line scientist. Throughout his career he was renowned for his self experimentation.

In 1891 he married Louisa Kathleen Trotter and they lived at 11 Crick Road, Oxford. They raised their children here, the geneticist J. B. S. Haldane, and the novelist Naomi Mitchison. It was also here that Haldane conducted some of his early experiments with gases (both on himself and his family!) The Haldanes later lived at Cherwell house (subsequently demolished to make way for Wolfson College) with a private laboratory built for Haldane at the end of Linton Road.