Aubrey P Orde Ward (matriculated from Wadham 1904) commenced service in April 1916. He died after a military accident, after being hit by a low flying aeroplane, in late 1918.

During the War, he sent a series of letters to the Wadham college warden, Joseph Wells.

20 April 1916 he writes from Hazeley Down Camp in Winchester. 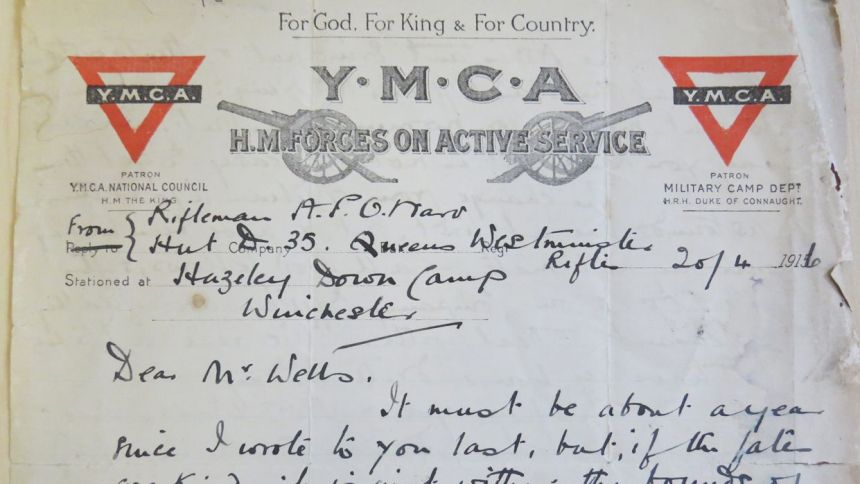 “As soon as I had sufficiently recovered from my appendicitis I tried to enlist and after two rejections I was accepted, though not without difficulty, by the Westminsters… The change from civilian life rather astounds one at first, but I have been lucky in my hut mates – all good fellows…we rise at 5.45 and have 9 hours drill a day.” 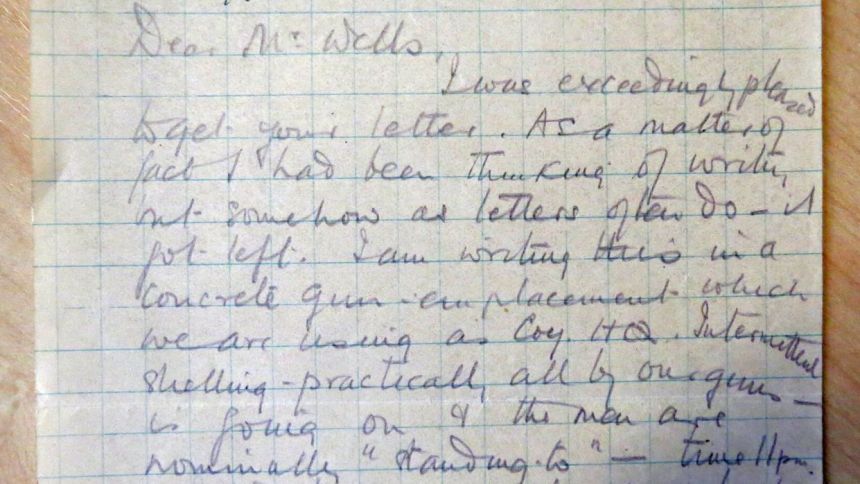 “I am writing this in a concrete gun emplacement which we are using as Company HQ. Intermittent shelling - practically all by our guns – is going on and the men are nominally ‘standing to’ – time 11pm… I came out in the latter half of April. After leaving the trenches I went down with a sharp attack of trench fever and got down to a base hospital at Boulogne.  When I re-joined I found my unit preparing for ‘pushing’... By some freak of fortune I was left out of the actual attack – for all specialist officers were left behind and I was practically, though not officially, Lewis Gun Officer… We are now facing a large town which the Boche is supposed to be on the point of abandoning.” 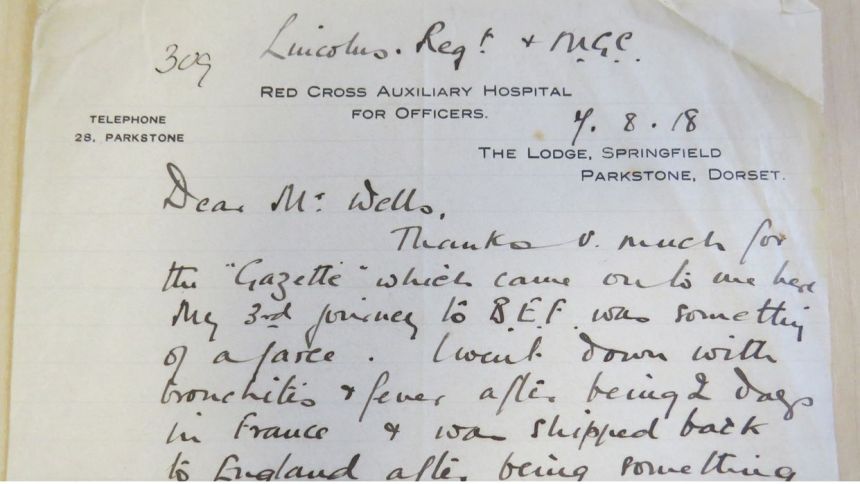 “I went down with bronchitis and fever after being 2 days in France and was shipped back to England after being something under 3 weeks out! I was lucky to get sent to this place which is everything that is charming.”

17 November 1918, a letter from Orde Ward's father thanking the Warden for his sympathetic letter sent on hearing the news of the accidental death of his son, hit by a low flying aeroplane. 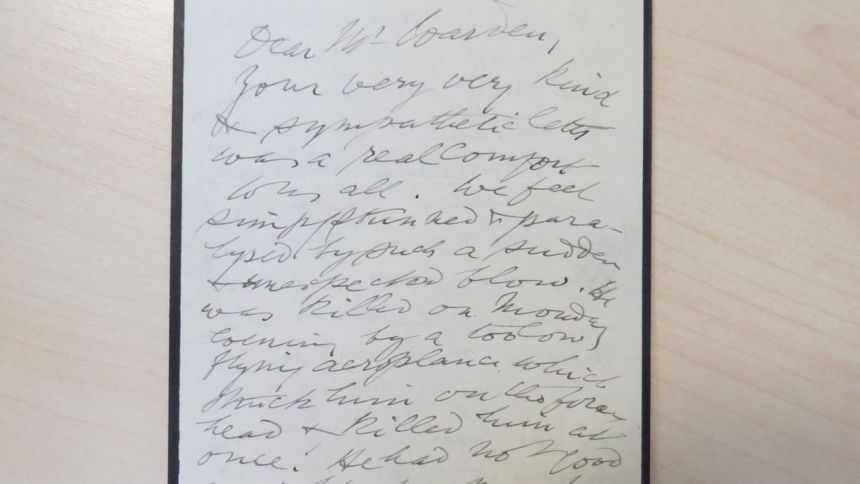 “We feel simply…paralysed by such an unexpected blow. He was killed on Monday evening by a too low flying aeroplane which struck him on his forehead and killed him at once! He had not good eyesight, you may know, and he was walking with a friend after tea in the dusk, probably mapping out his future.”