AA Wright (matriculated from Wadham college in 1908), killed in action in France on 4 September 1918.

During the course of his time in service, he wrote a number of letters describing his experiences to the Wadham College Warden, Joseph Wells, these are included here.

Letter from A A Wright (matriculated from Wadham in 1908), killed in action in France on 4 September 1918.

The letter is addressed to the Wadham College Warden, Mr Wells 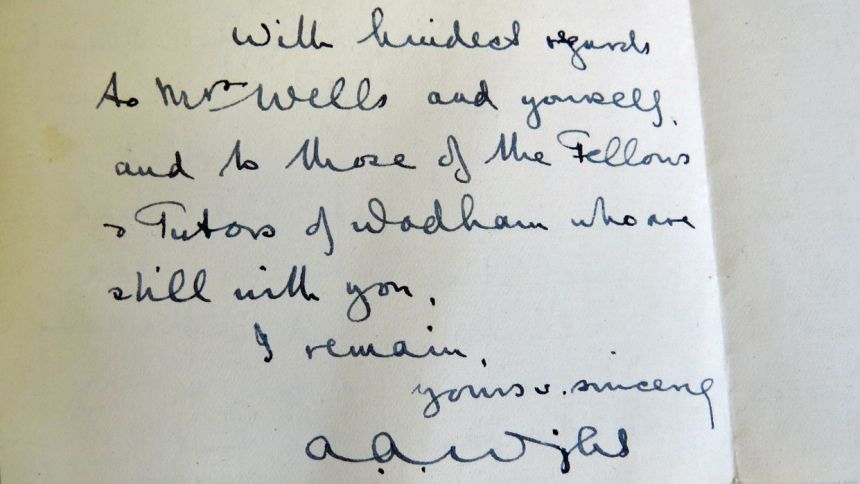 With hundred regards to Mrs Wells and yourself and to those of the Fellows and Tutors of Wadham who are still with you,

Letter from A A Wright's father to Wadham College Warden, Joseph Wells 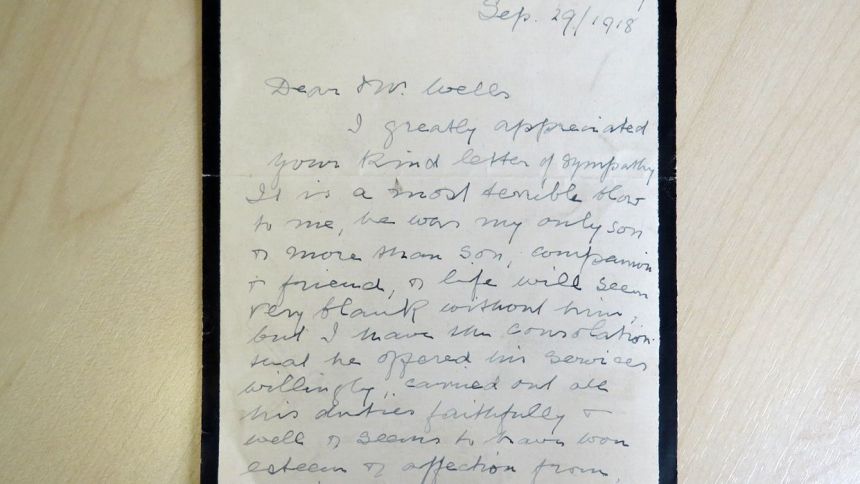 I greatly appreciated your kind letter of sympathy. It is a most terrible blow to me, he was my only son, and more than a son, companion and friend and life will seem very blank without him, but I have the consolation that he offered his services willingly, carried out all his duties faithfully and well and seem to have won esteem and affection from all with whom he came into contact... It was also some satisfaction to know that he did not suffer. He was shot through the head by a sniper and death was instantaneous. His dear wife is very brave and there is a son just over a year old who will be her comfort in years to come.

Snippets from other letters from A A Wright to Joseph Wells

“In spite of the terrible nature of this war … it has awakened not only in England but in all the combatant countries a new spirit of manliness and devotion to duty and to country."

"Whatever may be ones views on the desirability of compulsion one cannot but marvel at the vast sacrifices and the magnificent response to the call of duty which have been made voluntarily and almost spontaneously with no pressure but that of conscience or of public opinion.”

“I have been at a base depot for 5 weeks and joined my own regiment about a week ago. We are at present in reserve but are going up to the trenches shortly. There is nothing doing in this part of the line.”

“I have been with the regiment now since last October. We were holding the line on the Somme until the end of the year… We are lucky in having excellent billets to come to whenever we are out of the front line.”