The value of mutuality | University of Oxford
Skip to main content

Lord Byron once said he detested everything that wasn’t perfectly mutual. Research by the University of Oxford suggests that his words have added resonance in the wake of the global financial crisis . 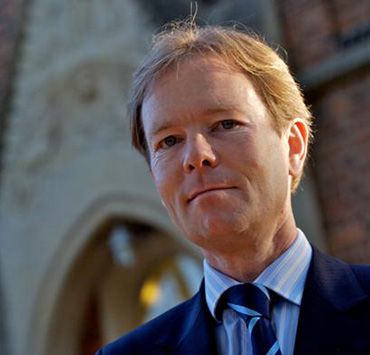 The effects of the global financial crisis of 2007-2008 continue to be felt today – not least because they spawned a widespread mistrust of institutions. But thanks to research led by Professor Jonathan Michie, the founder of the Oxford Centre for Mutual and Employee-owned Business at Kellogg College, Oxford University, there is now a greater understanding of the importance of a diversity of corporate forms to the economy.

In 2009, Professor Michie became one of 11 commissioners appointed to work under the auspices of the Commission on Ownership, the research for which was undertaken by the Oxford Centre for Mutual and Employee-owned Business. The Commission’s work was timely, providing an opportunity to study the potential for alternative ownership models to enhance the economy and society. As Professor Michie puts it: “The ownership of businesses is a crucial element in determining how they are governed, whose interests they prioritise and how they are held to account. Given the global financial disasters in 2007-2008, it was vital that received notions of ownership were challenged.”

Chaired by economist Will Hutton, the Commission set about examining the differences between conventional, shareholder-owned businesses – which are primarily accountable to external investors, for whom they are expected to maximise financial returns – and mutual and employee-owned businesses, which are organised along different principles and factor in a broader array of interests and values.

The Commission questioned the assumption that businesses ought always to be governed for the maximisation of financial returns for external shareholders. And it found that mutuals can make a telling contribution to the wellbeing of society. Mutuals (such as building societies in the financial sector or Foundation Trust Hospitals in the public sector) are run on behalf of their members, who use and depend on them; they do not sell shares. Employee-owned businesses are either organised as mutuals, accountable to their employees (such as the John Lewis Partnership in the UK), or employees hold a controlling share. Both can make a difference, as highlighted in the Commission’s final report published in March 2012.

That report lays out a series of recommendations on how to increase the plurality of ownership forms, the stewardship of shareholders and the engagement of owners with the organisations which belong to them.  As well as having been welcomed by Government and indeed all the main political parties, the report’s proposal for the development of ‘mutual capital’ has been taken up through a Private Member’s Bill, with cross-party support.

Moreover, Michie’s work, in recognising that a measure of corporate diversity was required to assess policy success, has had other positive ramifications: the Oxford Centre devised and published a new measure of diversity (publicised by the Building Societies Association). In turn, this led to the Oxford Centre being commissioned by the Association of Financial Mutuals to report on measuring mutuality, the result of which is summed up by its Chief Executive, Martin Shaw: “We now have a sound basis for seeking to measure the impact of mutuals on their key stakeholders: in particular, customers, members, staff and the wider communities they operate in. Our members are already beginning to apply this to the way they demonstrate value and the appeal of their mutual ownership, and even to the way that management is remunerated.” The Oxford Centre was also commissioned in 2014 to replicate its Diversity Index for North America.

‘We’ve been conditioned to think of business as largely monolithic, with a single ideal towards which it should be heading, but Professor Michie’s work shows us the importance of encouraging a variety of models in order to address a variety of challenges.’