Oxford research work helps to highlight the value of the natural world. 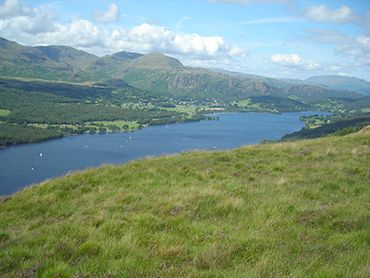 The idea of the capacity of the natural world to promote wellbeing is ingrained in our collective consciousness, not least in England, where William Blake’s Jerusalem, with its invocation of “England’s green and pleasant land”, is one of the country’s best-known hymns. Too often, though, we take nature for granted and neglect to think of it having a tangible value. The work of one Oxford academic, together with that of other academics working under the aegis of the UK National Ecosystem Assessment (UK NEA), has gone a long way to changing this way of thinking.

Dr Pam Berry is a senior research fellow at Oxford’s Environmental Change Institute (ECI). Since joining the ECI in 1992, a year after it was established, Dr Berry has been involved in a variety of ground-breaking projects. The most recent, which saw her author the chapter on England in the UK NEA’s first phase report, has helped reshape governmental and societal attitudes to the environment.

“The UK NEA was a very extensive piece of work which amounts to the first analysis of the UK’s natural environment in terms of its state and the benefits it provides to society and continuing economic prosperity,” explains Dr Berry, who is the Deputy Leader of the ECI’s Terrestrial Ecology Group. “It shows the critical importance of the natural world and its constituent ecosystems here in Britain.”

The genesis of the UK NEA was in the findings of the 2005 Millennium Ecosystem Assessment, which not only demonstrated the importance of ecosystem services to human wellbeing, but also showed that many key services are being degraded and lost. As a result the government commissioned the UK NEA, work on which began in mid-2009. A combination of government, academic, NGO and private sector institutions collaborated to produce the report in June 2011.

Dr Berry’s role was to coordinate the findings of research work on England. She and her team concluded that England is important in helping to meet the increasing UK demand for food production, which, in England, is a result of its largely urban and growing population. Moreover, the team’s assessment of the condition and trends in the habitats, which provide the range of ecosystem services, show that they have all declined in recent years, although there has been recent improvement in some areas as a consequence of various agri-environment schemes and changes in legislation and policy. Research is continuing into more sustainable management in order to ensure that ecosystems can continue to meet the needs of humans and promote their wellbeing.

The UK NEA was widely reported in the media, with the emphasis on the discernible financial value attributable to the natural world. Dr Berry cautions, though, that this not solely a question of economics. “Nature has an intrinsic value, which we must safeguard for the future,” she says.

Following the publication of the UK NEA, Dr Berry was invited on to the scientific group for the EU DG Environment initiative Mapping and Assessment of Ecosystems and their Services (MAES), which is working towards the integration of a sense of the tangible value of the natural world into accounting and reporting systems at EU and national level by 2020.

With her colleagues at the ECI, particularly Dr Paula Harrison, Dr Berry continues to expand knowledge of biodiversity and ecosystems and how they contribute to the delivery of ecosystem services in Europe.

“The natural world is vital to our existence, providing us with essentials such as food, water and clean air – but also cultural and health benefits not always fully appreciated because we get them for free. The UK NEA is a vital step forward in our ability to understand the true value of nature and how to sustain the benefits it gives us.”