It is human nature to be optimistic. If asked, we will almost all claim to be good drivers; statistics indicate that the truth is otherwise. Research by Professor Bent Flyvbjerg of Oxford University’s Saïd Business School has analysed this sensibility, among other things, to achieve a better understanding of ambition and risk in megaprojects. 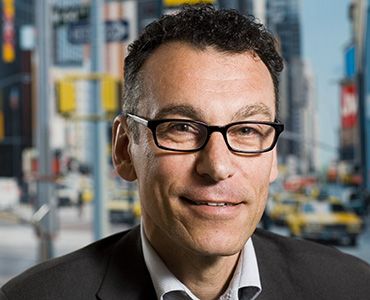 Megaprojects have become a significant part of the commercial world, with a correspondingly huge impact on our personal lives. Defined as major infrastructure investment projects, megaprojects include the construction of the £4.7 billion Channel Tunnel between the United Kingdom and France, the building of Denver International Airport at $5 billion and the rerouting of Interstate 93 (the main highway through Boston) into a 3.5 mile tunnel ($15 billion). Outsize cost is not always the chief feature of a megaproject; a £500 million project in a medium-sized town may also be classified as a megaproject, given its effect on the local community.

Megaprojects entail a vast amount of planning and management. Risk goes with the territory. Cost overruns of 50% are common; overruns of 100% are not unknown. Similarly, substantial benefit shortfalls trouble many megaprojects, while regional development effects and environmental impacts often turn out to be very different from what was originally envisaged.

It is here that Professor Flyvbjerg’s work is having a tangible impact. As the first BT Professor and founding Chair of Major Programme Management at Oxford, Professor Flyvbjerg has become the leading international expert in the field of programme management and planning. His book Megaprojects and risk – An anatomy of ambition (published in 2003 with co-authors Nils Bruzelius and Werner Rothengatter) is widely considered essential reading for project managers, sponsors and all those involved in megaprojects. It examines what Professor Flyvbjerg calls “the megaprojects paradox – the fact that ever bigger megaprojects are being planned despite their poor performance record in terms of costs and benefits.”

Professor Flyvbjerg posits solutions so that megaprojects can be better managed. “We’re born to be optimistic,” says Professor Flyvbjerg, “it’s the way we’re hard-wired. But optimism bias and strategic misrepresentation are major factors in megaproject problems. If we understand this and take it into account at the outset of a megaproject, we are better placed to ensure its successful delivery.”

Professor Flyvbjerg has developed the research methodology called ‘phronetic social science’, described in various books including Making Social Science Matter and Real Social Science. This methodology has been employed in numerous studies of megaprojects and city management to curb misinformation, improve accountability and provide better reference class forecasting (the prediction of future outcomes by comparison to similar situations in the past).

In the UK, for example, Professor Flyvbjerg has advised the government on High Speed 2, the planned high speed railway between London, the Midlands and the North West (and possibly Scotland), while he has also advised on the high-speed railway currently under construction to link Hong Kong with the Chinese mainland.

Professor Flyvbjerg’s methods are being used in policy and practice, and in management and planning, and in many different sectors from health to construction. And while he better than anyone understands the perils of optimism, he does not necessarily counsel against it: “There’s an evolutionary reason for optimism; optimists get things done. But this needs to be tempered with an understanding of when and where to be optimistic. If not, optimism can derail ambition.”

Daniel Kahneman, winner of the Nobel Prize in economics and godfather of behavioural economics (Thinking, Fast and Slow, p. 251)