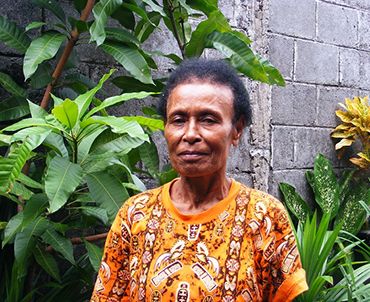 Over the past century, hundreds of languages have become extinct. Linguists estimate that the rate of decline – which sees one language die out every three months – will result in 50% of the world’s remaining 6,500 languages disappearing by 2100. The ramifications are profound, but thanks to work by two Oxford academics at least two languages have been saved. Moreover, the way in which they were conserved augurs well for other languages under threat.

Professor Mary Dalrymple, of Oxford University’s Faculty of Linguistics, Philology and Phonetics, led two projects, assisted by Dr Suriel Mofu. Both projects focused on the Indonesian half of the island of Papua.

In the first, collaboration with two universities in Papua – Universitas Cenderawasih and Universitas Negeri Papua – led to the creation of an online database of digital audio texts and their linguistically annotated transcriptions and translations for the Austronesian language Biak, a language with 50,000-70,000 speakers in Papua.

“Biak is under-researched and vulnerable,” says Professor Dalrymple. “Our database consists of oral texts in Biak, including songs, stories, jokes, monologues and conversations, including representative samples from each Biak-speaking area. Like many other under-documented languages, Biak faces extinction in the near term, so it is essential to collect as much data as possible while speakers of the language are still alive.”

Saving languages like Biak is vital. A language conveys culture, community and an accumulated body of knowledge. It is a way of seeing the world. In the field of linguistics, the creation of freely available databases – along the lines of those established by Professor Dalrymple – allows for verification of theoretical and analytical claims about a language on the basis of primary data, while properly organised and archived data provides a solid basis for future research. Similar databases are now being created by other linguists, which may mean that languages can be revitalised in the future.

The success of the Biak project, which concluded in 2010, led Professor Dalrymple and Dr Mofu to tackle Dusner, a highly endangered Austronesian language with just three remaining fluent speakers. “The language of Dusner has all but died out as parents realised that their children have a better chance of going to university or getting a job if they speak Bahasa Indonesia, which is the official language of Indonesia”, explains Professor Dalrymple. She and Dr Mofu utilised advances in technology to create an online database of video texts, their transcriptions, analyses and translations, as well as a glossary of basic words and affixes. They also produced a grammar sketch for Dusner.

The Dusner project was undertaken in collaboration with UNIPA (State University of Papua) and UNCEN (Cenderawasih University, Papua), and ran from October 2010 to December 2011. Its success was widely reported in the media. Professor Dalrymple is now using the rich and interesting data provided by the languages of Papua to help investigate the syntax and semantics of number and plurality.

Most of the people in the Biak island… who have heard and seen your work at Oxford University in England and in UNCEN and UNIPA were very excited. The fear that our language will disappear is now replaced with happiness that there is hope for its survival.