Alongside a fine academic career, the University of Oxford’s Professor Archie Brown has applied his political research — to help shape international relations and make lasting change.

The late 1980s was a period of massive political adjustment, as relations between the US and Russia softened and the Cold War melted. The process was kick-started by a surprisingly strong relationship forged between Margaret Thatcher and Mikhail Gorbachev — and University of Oxford political scientist Archie Brown played his own small part in its creation.

When Margaret Thatcher first met Gorbachev in December 1984, few would have predicted what would come of the encounter. As it turned out, she was impressed by his charm and intellect; so impressed, in fact, that she went on to establish an amicable and constructive relationship with the Soviet leader, that saw her lend him support across Europe and the US.

With hindsight, perhaps people shouldn’t have been so surprised: Gorbachev, after all, was a very new kind of Soviet politician, one who gradually abandoned Leninist orthodoxy and instead championed the liberalization of the political and economic landscape. But it took a keen mind indeed to realise that in the early 1980s, when Gorbachev was an unknown.

In fact, it was at a two-day seminar held at Chequers in September 1983 that Thatcher was first alerted to Gorbachev as a likely reform-minded Soviet leader. The gathering saw Foreign Office officials and academic experts provide Thatcher and her senior ministers with insights on the prospects for change in the Soviet Union and Eastern Europe.

Among them was Archie Brown, a political scientist, Emeritus Professor in the University of Oxford’s Department of Politics and International Relations and Emeritus Fellow of St Antony’s College. A specialist on Communist politics, he was the first person to identify Gorbachev as both the most open-minded and forward-looking of the Soviet Union’s top echelon of politicians and a likely future leader.

Mrs Thatcher’s interest in Gorbachev was stirred by the 1983 Chequers seminar — but the meeting had wider ranging impact, too. In particular, it saw Brown and the other academics urge that change could best be promoted by contacts at all levels with Communist countries, from dissidents to General Secretaries.

As Sir Percy Cradock, the Prime Minister’s Foreign Policy Adviser, noted, the seminar “inaugurated a more open approach to Eastern Europe and led eventually to the first meeting with Gorbachev”. That took place in December 1984, three months before Gorbachev succeeded Chernenko as leader of the Soviet Union — and it gave the British Prime Minister a head start in reinvigorating East-West diplomacy. 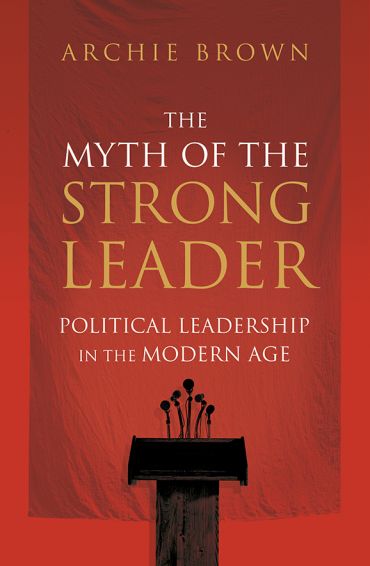 Archie Brown’s research and lecturing has taken him to dozens of countries, including more than forty research trips to Russia, and he has held visiting Professorships at Yale, Columbia and the University of Texas at Austin. He has had meetings with leading politicians from different parties both in Britain and internationally, including various British Prime Ministers, Foreign Secretaries and, not least, Mikhail Gorbachev.

It is no surprise, then, that his writing has captured the attention not only of academics but of a wider readership, rich as it is both in intellectual insight and first-hand observations. The Rise and Fall of Communism is a 310,000-word tour de force, which guides the reader through the history of communism. It sweeps from the pre-Marxian ideas of communism, through the movement’s major nineteenth century roots, and focuses in particular on the communism most of us think of instinctively: that with a capital ‘C’. The book has been translated in nine different countries and it was awarded both the W.J.M. Mackenzie Prize for best political science book of the year and the Alexander Nove Prize for the book of the highest quality in Russian, Soviet and post-Soviet studies (two prizes which Brown received also for an earlier book, The Gorbachev Factor, 1996). The Rise and Fall of Communism was described by the New York Times as ‘consistently superb’.

Professor Brown’s most recent book, The Myth of the Strong Leader: Political Leadership in the Modern Age is even more broad-ranging than his work on Communism, covering both dictatorships and
democracies, and looking at leadership worldwide in the 20th and 21st centuries. The historian (and biographer of Hitler), Sir Ian Kershaw described it as ‘A profound and wise book – one of the most important works on politics for a long time’. For the Washington Post, it was ‘Counter-intuitive but splendidly argued’ and ‘an ambitious work made more compelling by its breadth’. For former U.S. Senator Gary Hart it is simply ‘the best analysis of the nature of true leadership I have read’.