A University of Oxford outreach project about accelerator physics was conceived to inspire young minds in Oxfordshire, but has gone much further than anyone could have imagined. 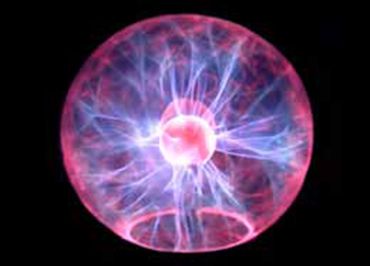 Without a doubt, the most well-known particle accelerator in the world is the Large Hadron Collider at CERN, but thousands of smaller accelerators are used in medicine and industry. Teaching children and young people how they work, however, involves explaining some fundamental but difficult concepts of physics.

Dr Suzie Sheehy, a particle accelerator researcher from Oxford’s Department of Physics, was puzzling over this issue with colleagues from CERN. They all noticed a distinct lack of physics outreach projects that used practical demonstrations to explain the concepts. So in 2008, with the help of a small STFC grant, Sheehy created Accelerate! to fill that gap. Using Oxford research as inspiration, Sheehy and fellow DPhil students Andrew Steele and Rosalind West created a 45-minute science show designed to capture the imagination of GCSE and A-level students around Oxfordshire. It combined classic demonstrations (using Van der Graaf generators, cathode ray tubes and cloud chambers) with highly imaginative interactive activities devised by Sheehy to communicate challenging scientific concepts – for example, using beach balls riding a Mexican wave in the audience to demonstrate how waves are able to move particles.

From the outset, Accelerate! was designed to be presented mainly by graduate student volunteers who could then help to train up new graduates to engage with the public. The show was first performed in December 2008, and has now reached a total audience of over 10,000 people all over the UK. Its high level of audience participation has generated an enormously enthusiastic response from young people and teachers alike.

In 2012, Steele was supported by another STFC award and funding from the South East Physics Network (SEPNet) to develop resources and training for the show. The outcome was a ‘toolkit’ which helped to expand the shows into universities in the South East and is still available online. Steele himself went on to win FameLab UK and is still involved in communicating science to the general public. For many of the other graduates who have helped to deliver Accelerate!, the experience also inspired an ongoing passion for public engagement with science.

The SEPNet group of universities continues to deliver Accelerate! to hundreds of young people a year. The University of Sussex, for example, uses it for their Particle Physics Masterclasses with school students. A team at the DESY lab in Germany has adapted the show for a German audience. In 2017 the University of Oxford took on 17 new volunteer presenters to reinvigorate the shows, with bookings at major science festivals. For a project with modest beginnings, Accelerate! has been more successful than anyone could have predicted.

Funded by: The Science and Technology Facilities Council.

‘The show is excellent. I really learned something, and understood it even though I don’t have any qualifications in maths, physics or science. Well done to the presenters: it is entertaining and instructive.’

Member of the public

‘I loved Accelerate! The audience were pretty much always engaged because of the fire, explosions, or experiments involving the presenter. I learned to speak in front of 200-600 people, and it also made me love to engage students and show them how amazing science can be.’