Mathematical research at the University of Oxford has played a significant role in shaping the Indian Government’s response to the growing HIV/AIDS crisis. 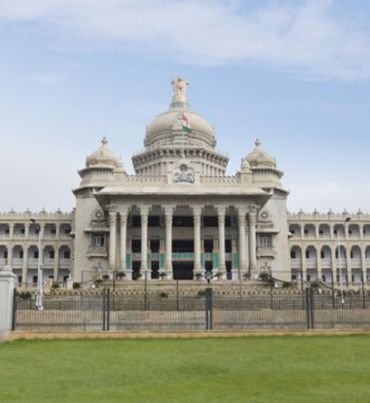 India’s first case of HIV was confirmed in 1986, and over the following years the number of cases rose dramatically. In 2005 the World Health Organization estimated that as many as 5.13 million individuals in India were living with HIV/AIDS – a higher number than in any other country except South Africa. As a result there has been sustained activity from the Indian Government to implement effective control and prevention strategies through the Indian National AIDS Control Programme (NACP). By 2005 the first two phases of this programme (NACP-I and NACP-II), focussing particularly on behaviour change among those in high-risk groups and awareness-raising for the general population, had begun to make an impact on controlling the spread of HIV/AIDS in India.

Keen to build on this progress, the NACP commissioned an international multidisciplinary research team to develop mathematical models that could provide predictions of the effectiveness of different HIV/AIDS strategies and inform the next phase of planning, with a view to halting and reversing the epidemic. A key member of this team was Professor Philip Maini of Oxford’s Wolfson Centre for Mathematical Biology, who was approached specifically because he could provide the necessary mathematical modelling capability for the programme.

Evidence showed that the nature of the Indian HIV epidemic was beginning to change, moving from high risk groups to the general population and from urban centres to rural areas. In response, Maini and colleagues developed a model that incorporated many complex factors, including the effects of general interventions for HIV-susceptible individuals, targeted interventions among high-risk groups, possible interactions between different high-risk groups and variations in behaviour on a district level. One of the novel features of the modelling approach was to incorporate the effects of preventive measures (such as anti-retroviral therapy) on people already infected with HIV.

The research carried out by Maini and colleagues had a direct impact on the Indian Government strategy. The model projections confirmed the effectiveness of NACP-I and NACP-II, indicating that prevention programmes which were directed towards both the general and high-risk populations would be key in determining the stabilisation or decline of the epidemic. The results formed a central part of the policy documents of the NACP Planning Team, and were presented to Indian Government officials in 2006 in order to plan the third phase of the control programme, NACP-III. The robustness of the model was a key factor in persuading the government to continue a high level of intervention. NACP-III was launched in 2006 based on a strategy of saturation of coverage of high risk groups with targeted interventions, and scaled-up interventions in the general population.

By 2009, India had seen a significant fall in HIV/AIDS cases to 2.395 million, and by the end of 2011 this had fallen still further to 2.089 million – remarkably, to within less than 0.5% of the figure predicted by the mathematical model. NACP-IV has recently been launched, and Professor Maini, who serves the planning team as a consultant, continues to provide crucial input in relation to model formulation and papers presented to government.

Funded by: University of Oxford and the London Mathematical Society

‘As a consequence of this input [the Indian] government decided to extend full support for the [HIV/AIDS] program during the next 5 years in spite of pressure from many quarters to scale down the interventions due to competing priorities. Resulting policy proved the planned interventions to be very effective, with AIDS prevalence in India reducing from 23.95 lakh [2.395 million] in 2009 to current level of 20.89 lakh [2.089 million].’

Member of the NACP planning team