Research at the University of Oxford has shown how grandparents play a vital role in children's wellbeing and the results have been informing UK family policy. 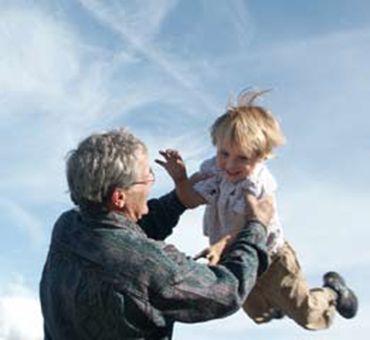 A high level of grandparental involvement in a child's upbringing increases their well-being.

The role of grandparents is currently unaccounted for in UK family policy, and grandparents have no legal rights to see their grandchildren. However, Professor Buchanan's study has demonstrated that their involvement is strongly associated with reduced adjustment difficulties in all family types, but particularly so amongst adolescences from divorced or separated families.

Professor Buchanan has addressed all parliamentary parties to raise awareness of how grandparents positively contribute to children's well-being. The results of her research suggest that the role of grandparents in UK family policy should be re-evaluated.

Her recently completed edited book on 'Grandfathers: global perspectives' published by Palgrave Macmillan, includes this analysis, as well as chapters by scholars from around the world and three new studies relating to child wellbeing.

Funded by the Economic and Social Research Council

‘This study has been instrumental in helping us to redefine the family for policy makers and service providers, focussing on the role of grandparents in children's lives.’