An Oxford economist applies auction theory and geometry to help the Bank of England. 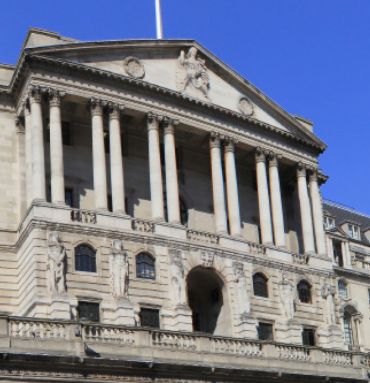 Memories of the financial crisis linger. So, too, its effects, as the world economy continues to struggle back to buoyancy. But if it had not been for the pioneering work of an Oxford micro-economist, things could be even more fraught.

Paul Klemperer, Edgeworth Professor of Economics at Oxford since 1995, received a call from the Governor of the Bank of England in 2007. The financial crisis was breaking, and the central bank urgently needed to inject liquidity into the banking system. It was one thing to lend money against collateral of low risk securities, such as government bonds, but another to loan cash against riskier securities. The Bank turned to Professor Klemperer, an expert in auction theory, for help in deciding how best to allocate its financial resources.

Professor Klemperer, working with fellow economist Professor Binmore, had previously designed the UK’s 3G mobile-phone licence auction in spring 2000; it raised £22½ billion, over a period of seven weeks. But bank runs can be over in hours, so time is of the essence. Professor Klemperer therefore had to find a way to compress the auction process into just a few minutes.

Geometric reasoning helped provide the answer, enabling Professor Klemperer to invent the ‘Product Mix auction’ to assist the Bank in its allocation of resources. The Bank of England continues to use the Product Mix auction regularly, with Governor Mark Carney announcing in October 2013 that its application will be further developed and extended.

Meanwhile, working with his colleague Dr Elizabeth Baldwin, Professor Klemperer is utilising even more sophisticated ‘tropical’ geometric techniques – only invented by mathematicians in the past 10-20 years – to understand how his auction might be applicable to other environments. The tension between the pristine beauty of mathematics and the rather messier real world is undimmed but, thanks to his research, resources are being allocated that bit more intelligently and effectively.

‘The Bank of England’s use of Klemperer auctions in our liquidity insurance operations is a marvellous application of theoretical economics to a practical problem of vital importance to financial markets.’

Mervyn King, former Governor of the Bank of England