For the first time since 1845, Jane Austen's handwritten manuscripts have been reunited, thanks to digital technology, to reveal fresh understanding of her working methods as a writer. 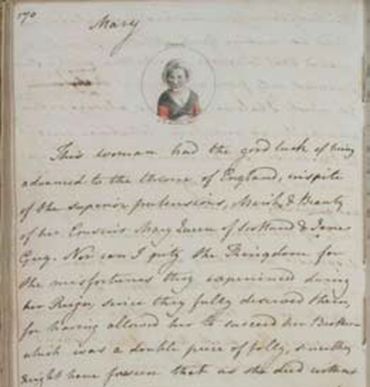 An extract from a Jane Austen manuscript.

Few scholars have examined these manuscripts in close detail, and now anyone with an interest in Austen can read her original hand thanks to a project led by Professor Kathryn Sutherland from the English Faculty of the University of Oxford. More than 1,100 pages in total, the manuscripts were written throughout Jane Austen's life, from childhood through to the year of her death. They were held in a single collection until 1845, when, at her sister Cassandra's death, they were dispersed. The manuscripts remain scattered in museums and private collections around the world.

Professor Sutherland worked in collaboration with the Bodleian Library, the British Library and other libraries and private collectors around the world to produce digital images of Austen's manuscripts. The owners of the manuscripts have retained the copies of the images and their licence, which greatly enhances their own resources.

In collaboration with King's College London, and with the help of the photographer who shot pictures of some of the Dead Sea Scrolls, the highest quality images were taken of every page. The images were then transcribed and XML encoded to make them fully searchable – even the punctuation and the order in which Austen wrote can be analysed. Professor Sutherland is now piloting a transcription tool for schools which will enable them to interact and engage with the manuscripts. They can test their skills in deciphering Austen's hand and gain insight into how the mind of the writer worked by tracking her writing process.

Funded by the Arts and Humanities Research Council

‘This has been an intellectually and institutionally fruitful partnership that benefits curators and scholars alike.’