Taking a traditional Chinese herbal remedy and combining it with western medicine has led to the development and distribution of Artemisinin Combination Therapy, the worlds number one treatment for malaria. 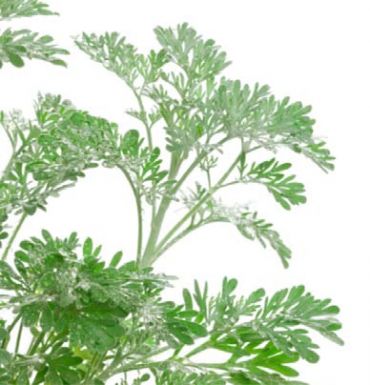 Artemisinin, a compound derived from the leaves of the annual wormwood Artemisia annua, can be used as a treatment of malaria and other diseases.

Malaria kills more than half a million and affects over 225 million people every year.

Until recently one of the most widely used treatments for malaria was quinine, isolated from the bark of cinchona trees, but after years of use malaria parasites developed a resistance to quinine, as well as other antimalarial medications.

Chinese herbalists have used artemisinin, a compound derived from the leaves of the annual wormwood Artemisia annua, as a treatment of malaria and other diseases for thousands of years. Chinese researchers, however, only officially discovered the artemisinin compound capable of treating malaria, in 1972.

More than a decade after this initial discovery, Oxford University’s Professor Nick White and his Bangkok- based research team began undertaking clinical trials to test the relative effectiveness of artemisinin as an antimalarial treatment.

Following a number of groundbreaking clinical trials, Oxford’s Professor Nick White and his colleagues successfully demonstrated the effectiveness of artemisinin in the treatment of malaria. They also pioneered artemisinin-combination therapy (ACT), the most effective and fast-acting malaria treatment in the world.

Since the majority of malarial mortality occurs in children under the age of five, White and his team continued their research to prove the effectiveness of artemisinin in the treatment of infants and children. This led to the World Health Organization recommending ACT as the preferred antimalarial treatment for both adults and children in 2006.

Professor Nick White’s research into artemisinin and ACT has since resulted in the successful cure of millions of malaria sufferers worldwide, many of whom are infants and children from African nations. Due to the availability of ACT along with other malarial control measures, such as insecticide-treated nets and indoor-residual spraying, there has been a 50% reduction in confirmed malaria cases and malaria caused deaths in over 13 African nations.

Funded by: The Wellcome Trust

‘Today, largely on the back of Professor Nick White’s research, the WHO strongly recommends artemisinin-based combination therapy as the preferred treatment option in confirmed cases of both uncomplicated and severe malaria.’