阅读中文网页 / Read this page in Chinese

Building on the University’s long tradition of public lectures, the Oxford China Lecture connects audiences in China with some of the most powerful ideas generated by Oxford research. Similar lectures held around the world have explored the future of cities, cyber security, the new age of robotics and the gene revolution.

Hosted by Vice-Chancellor Louise Richardson in Beijing, this year’s lecture by Professor Ian Walmsley will provide an accessible overview of the science and engineering behind quantum computing and the breakthroughs at Oxford that are paving the way for the Q20:20, the world’s first working quantum processor. A panel discussion will explore the future commercial and social impact of quantum technology.

Delivered in English with simultaneous translation.

The realisation of quantum computers will be one of the greatest scientific and engineering achievements of this century, creating machines with the potential to solve problems that would take a conventional high-performance computer the lifetime of the universe to crack.

Although a fully quantum computer is years away from development, the disruptive potential of quantum machines is attracting growing interest and investment from industry and governments globally, inspiring the growth of the next trillion dollar tech market.

Designed for a non-technical audience, this lecture will introduce the counter-intuitive features of the quantum world that are being harnessed to create quantum computers, the challenges scientists and engineers have yet to overcome in order to build such a machine, and the breakthroughs at the University of Oxford that are paving the way for the Q20:20, the world’s first working quantum processor. A panel of business and academic leaders will discuss how this new generation of computers will create new market opportunities and impact the lives of people in China and around the world in the decades ahead. 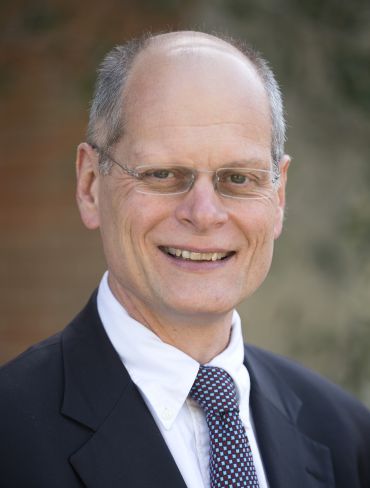 Ian Walmsley is the Hooke Professor of Experimental Physics, Pro-Vice-Chancellor for Research and Innovation and Professorial Fellow of St Hugh's College. His research is in the areas of ultrafast optics and quantum optics. He has pioneered the marriage of these fields for applications in quantum technologies, which form part of the critical technology path of the Networked Quantum Information Technologies Hub (NQIT), of which he is Director, and which is part of the UK National Quantum Technology Programme. He is the President-elect of the Optical Society of America, a Fellow of the Royal Society, and American Physical Society and the Institute of Physics, as well as a Science Delegate for Oxford University Press and a member of the Board of Oxford University Innovation. As Pro-Vice-Chancellor, Professor Walmsley oversees the University's research and innovation strategies and policies. He chairs the University's Research Committee and is responsible for coordinating the University's relationships with its major research funders and the engagement of research activity with wider audiences.

The University of Oxford is currently ranked as the overall number one university globally (Times Higher Education World University Rankings 2016-17), and is a global leader in science and engineering, attracting more external research grant income than any other UK institution.  Its medical school has been ranked by Times Higher Education as the best in the world for past 6 years. In 2014, the University was appointed to lead the UK’s Networked Quantum Information Technology hub, working with nearly 30 industrial and academic partners to build the world’s first prototype of a small quantum processor – the Q20:20.