This year’s funding totals €636 million, with grants awarded through a highly-competitive process. Overall, just 14% of applications were successful this year, with 408 researchers across Europe and other territories receiving awards out of 2932 proposals.

The ERC is the premier European funding organisation for excellent frontier research and awards Starting Grants to early-career researchers (who have up to seven years experience after their PhDs) showing great promise and an excellent research proposal. ERC Starting Grants cover all areas of research including Physical Sciences and Engineering, Life Sciences, Social Sciences, and Humanities. The awards provide up to 2.5 million Euros over five years for these exceptional researchers to launch their own projects, form their teams, and pursue their most promising ideas.

Professor Sam Howison, Head of Oxford’s Mathematical, Physical & Life Sciences Division, said: ‘These prestigious grants offer a wonderful opportunity for our talented young researchers to investigate phenomena at scales ranging from atoms to the solar system. I am delighted for them and greatly look forward to seeing their work evolve.’

Mariya Gabriel, European Commissioner for Innovation, Research, Culture, Education and Youth, said: ‘We are proud that we are empowering younger researchers to follow their curiosity. These new ERC laureates bring a remarkable wealth of scientific ideas, they will certainly further our knowledge and some already have practical applications in sight. I wish them all the best of luck with their explorations.’ 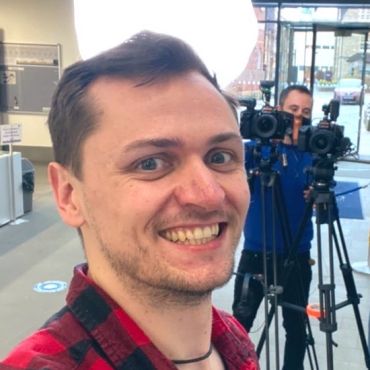 Associate Professor James Bryson. Image credit: James Bryson
James Bryson, Associate Professor of Mineralogy in the Department of Earth Sciences, has been awarded an ERC Starting Grant to advance his research on measuring the properties of meteorites to better understand how the planets in our solar system formed. ‘Meteorites give us a rare opportunity to make highly detailed analyses of bodies which formed at the same time as the planets, 4.5 billion years ago. This grant will provide me with the time, finances, equipment, and personnel to scrutinise meteorites with a new level of clarity. Ultimately, this will enable me to address major unanswered questions about the processes that occurred during the first 5 million years of our solar system that led to the planets we observe today, including what processes led to Earth becoming uniquely habitable.’

‘I would like to thank everyone who has mentored me throughout my career so far. I would also like to acknowledge everyone in Oxford who has made me feel so welcomed in my first few years here and helped me shape my proposal and provided valuable feedback that led to it being funded.’ 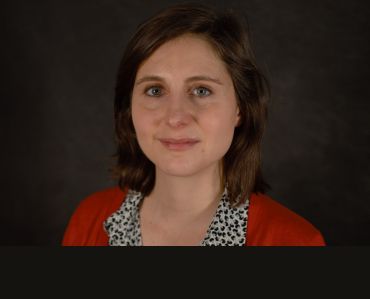 Associate Professor Julie Cosmidis. Image credit: Penn State University.
Julie Cosmidis, Associate Professor of Geobiology in the Department of Earth Sciences, researches biomineralization (the process that living organisms use to grow minerals) in bacteria. ‘Because bacteria can grow minerals with very well-defined properties, we can potentially use biomineralization as a way to obtain advanced “green” materials for different technological applications’ she said. ‘This grant will allow our group to design and build a new analytical platform to gain a deeper understanding of the biological mechanisms behind microbial biomineralization including the genes and biological processes involved.’ Ultimately, she intends to apply this knowledge to develop new bioengineering strategies to produce biominerals for different technological applications, such as energy storage or wastewater treatment.

‘This ERC Starting grant will give me time and freedom to focus on a challenging project that could be an exciting step towards the development of mineral material biomanufacturing’ she said. ‘I am particularly thankful to my academic mentors, my colleagues in the Department of Earth Sciences, and the Oxford administrative staff who provided feedback on my proposal and helped me to navigate the application process.’ 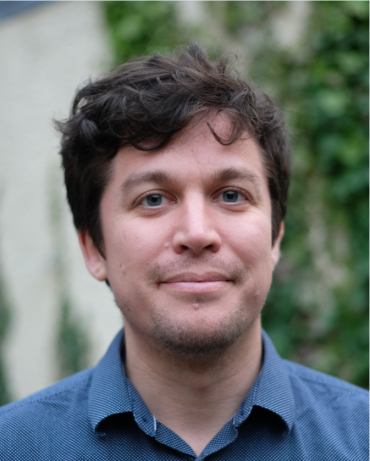 Dr Joseph Goodwin. Image credit: Joseph Goodwin.
Dr Joseph Goodwin is an experimental physicist in the Department of Physics. His research focuses on overcoming the technical barriers to achieving large-scale quantum computing with trapped atomic ions. He said: ‘A very promising route to building large-scale quantum computers is to use a modular approach, constructing a single processor from many simpler, discrete nodes, with quantum links between these established via transmission of single photons. My research focuses on developing such "networked" quantum computers, and the ERC Starting Grant will enable us to build a demonstrator of unprecedented scale and complexity. The principal objective will be to demonstrate all the functionality necessary for much larger future networks, such as dynamic routing of photons through the network.’

‘I am really delighted to receive this award. It is rare to be provided with the sustained support to pursue high-risk, high-reward ideas and research over many years and I’m very excited about the opportunity this presents’ he added. ‘The planned research builds upon several years of foundational work, and in this I have been assisted by my fantastic team and numerous collaborators – without their contributions this proposal would not have succeeded.’ 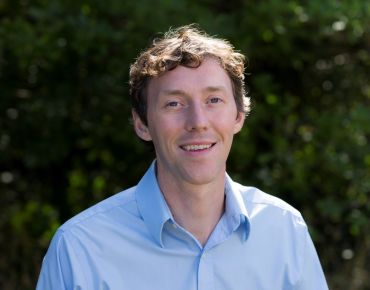 Associate Professor Christopher Proctor. Image credit: Ian Olsson.
Christopher Proctor is an Associate Professor in Bioelectronics in the Department of Engineering Science. His research focuses on developing bioeletronic systems to improve healthcare and advance bioscience. These technologies often take design inspiration from the same biological systems with which they interact while leveraging advances in parallel fields such as biosensors, optoelectronics, soft robotics, machine learning, and neuroengineering.

He intends to use the ERC Starting Grant to create new bioelectronic technologies with a focus on treating neurological disorders such as epilepsy. He said: ‘Specifically, we will develop controlled drug delivery systems that can release drugs when and where they are needed in response to biomarkers of disease. The University of Oxford is a great place for this type of interdisciplinary work that bridges concepts from materials to engineering to medicine.’

‘Having just relocated to Oxford this funding will greatly accelerate the launch of my research programme’ he added. ‘I am very grateful for the support of the ERC as well as my mentors and peers who have encouraged me throughout the process.

The holding of ERC awards by researchers based at UK institutions is subject to formalisation of the UK’s association to Horizon Europe, which remains the stated priority for the UK Government, in line with the Trade and Cooperation Agreement agreed between the UK and the EU in December 2020. In the event that association is not confirmed by the final date for signature of grant agreements then the UK Government’s Horizon Europe funding guarantee will apply, with UK awardees receiving equivalent funding via UKRI.