Professor Andrew Thompson will be taking up the role of Professor of Global Imperial History at the University of Oxford and Professorial Fellow at Nuffield College, Oxford from September this year. Professor Thompson will continue in his role as Executive Chair of the Arts and Humanities Research Council (AHRC) until the end of December 2019, to help with a managed transition while a replacement is recruited.

During his tenure Professor Thompson has led the AHRC through the process of becoming part of UK Research and Innovation (UKRI). He has played a key role in securing the funding for the high-profile £80 million Creative Industries Clusters Programme and for the innovative Living with Machines project from the UKRI strategic priorities fund, which brings together computer scientists and historians and is led by the British Library and Alan Turing Institute.

Professor Thompson has been instrumental in deepening the partnership with independent research organisations (museums, libraries, galleries and archives), building the profile of arts and humanities research across the government in the UK and leading on the creation of important new bilateral relationships with the DFG in Germany and the Smithsonian museums in the US. 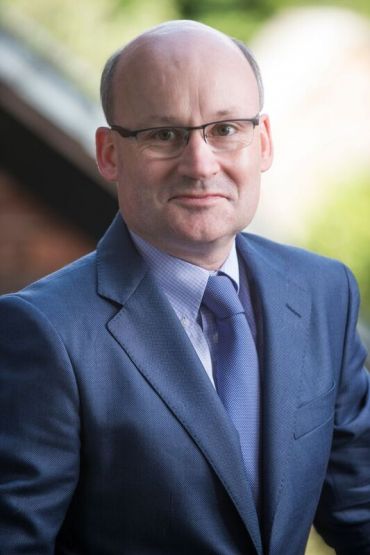 In the last four years the AHRC has also grown its public engagement activities, such as the New Generation Thinkers scheme and the Research in Film Awards, and has announced a second round of Doctoral Training Partnerships.

Since April 2018 Professor Thompson has been the UKRI’s lead for international research, strengthening our global relationships and leading the successful delivery of the Global Challenges Research Fund and the Fund for International Collaboration.

Professor Thompson said: “My time at the Arts and Humanities Research Council has been the most fulfilling of my professional career.

“Arts and humanities researchers represent almost one third of the UK research community, and the AHRC plays a vital role in supporting the next generation of researchers, championing the role of core disciplines from which interdisciplinary research is built, and illustrating the impact of the curiosity-driven research we are proud to fund.

“I am deeply committed to ensuring that we continue to provide a strong voice for the importance of arts and humanities research within UKRI and will work to ensure a smooth transition to a new Executive Chair for the AHRC.”

He added: “I’m very much looking forward to the move to Oxford where I hope to play an active role in the Global History Centre and to pursue my own research on the history of international aid, development and human rights during and after decolonisation. I’m equally delighted to be joining Nuffield College, as a Professorial Fellow and member of the Governing Body, and where I was once a very happy DPhil student.”

Professor John Watts, Chair of the History Faculty Board at Oxford University, said: “The History Faculty is delighted to be able to welcome such a senior and wide-ranging scholar to Oxford. The fully global perspective that Andy brings to the history of empire makes him a perfect successor to John Darwin, and his interests in the politics of humanitarianism and globalisation will resonate with those of many colleagues in the Faculty and Nuffield College.”

Sir Drummond Bone, Chair of AHRC Council, said: “It has been my good fortune to work with Andrew both before and during his time as Chief Executive and now Executive Chair of AHRC.

“He has transformed the way the organisation is perceived without losing our essential values as an arts and humanities community – no mean trick – and of course our finances are now in a position it would have been difficult even to dream about a few years ago.

“We will miss him terribly, but of course wish him all the very best in his return to full-time academia – I write 'full-time’ advisedly, because he has never really left his academic roots.”

Professor Thompson was Interim Chief Executive at the AHRC from the December 2015 until March 2017, when he was appointed permanently. Previous positions also include the AHRC’s Care for the Future Fellow and Dean of the Faculty of Arts, and Pro-Vice Chancellor for Research at the University Leeds.

Professor Thompson joined the University of Exeter as Professor of Modern History in 2011 and helped to set up the Centre for Imperial & Global History.