The Oxford London Lecture, now in its fourth year, aims to connect the widest possible audience to some of Oxford's ground-breaking research. It has been made possible by the generous support of the Romanes Fund. 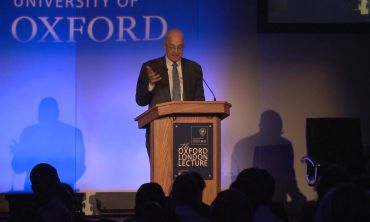 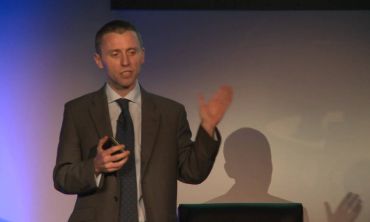 Keeping our secrets: Shaping internet technologies for the public good 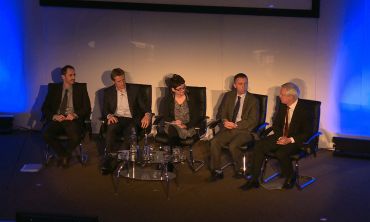 Synopsis of the 2014 lecture

The Internet and related technologies, like smartphones and social networking services, are now a pervasive part of British life. Connected cars, smart cities, and ambient loos are coming soon.

How far can societies shape the development of such computing and communications technologies, so that they serve the public good as well as private interests? How can technologists translate values such as privacy into hardware designs, software code, and system architectures? Should - and can - governments intervene effectively to ensure this happens? And who decides what those values should be?

Dr Ian Brown is Associate Director of Oxford University's Cyber Security Centre and Senior Research Fellow at the Oxford Internet Institute. His research is focused on information security, privacy-enhancing technologies, and Internet regulation. He is an ACM Distinguished Scientist and BCS Chartered Fellow, and a member of the Information Commissioner's Technology Reference Panel. Since 1998 Dr Brown has variously been a trustee of Privacy International, the Open Rights Group, the Open Knowledge Foundation and the Foundation for Information Policy Research and an adviser to Greenpeace, the Refugee Children’s Consortium, Amnesty International and Creative Commons UK. He has consulted for the United Nations, Council of Europe, OECD, US Department of Homeland Security, JP Morgan, Credit Suisse, Allianz, McAfee, BT, the BBC, the European Commission, the Cabinet Office, Ofcom, and the National Audit Office.

Dr Brown's work has been covered by the BBC, CNN, CBC, Al Jazeera, and numerous newspapers and magazines. He has written for the Financial Times, Daily Telegraph, New Statesman and Guardian. In 2004 he was voted as one of the 100 most influential people in the development of the Internet in the UK over the previous decade.

This event is run in association with the Guardian Extra, a membership scheme for readers of the Guardian and The Observer. As well as exclusive events, Extra provides readers with a range of discounts and offers from across a wide range of sectors and with a variety of partners.