Skip to main content
HomeNews & EventsRegular events in the University YearOxford London LectureOLL2013: Where are the robots?

The Oxford London Lecture, now in its third year, aims to connect the widest possible audience to some of Oxford's ground-breaking research. It has been made possible by the generous support of the Romanes Fund. 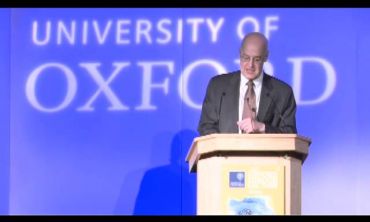 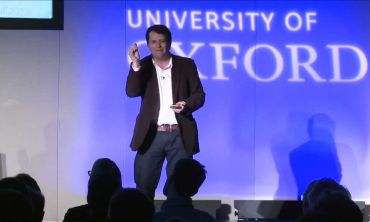 Where are the robots? The challenges and promise of robotic technology in the 21st Century 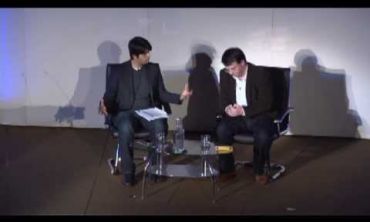 The Guardian's Alok Jha moderates questions from the audience

Title: Where are the robots?

The challenges and promise of robotic technology in the 21st Century

Synopsis of the 2013 lecture

Where are the robots we seem to have been promised since the 1950s? What is the hold up? Are we nearly there now? For example, will cars be driving themselves soon? Professor Paul Newman will talk about the nature and solutions of challenges which have arisen on the way to building machines that can labour, protect, explore, build, manufacture, care and drive in our name. Staggering changes in computing, connectivity and opportunity are coming together and this provides a platform from which to peer into what we should expect in the coming decade. Robotics will change us.

Paul Newman is the BP Professor of Information Engineering at the University of Oxford and an EPSRC Leadership Fellow. He heads up the Mobile Robotics Group within the Department of Engineering Science which enjoys a world leading reputation in mobile autonomy - developing machines and robots which map, navigate through and understand their environments. He enjoys collaborations with many industrial partners (esp. BAE, Nissan, BP, Guidance Ltd) which provide exploitation opportunities to drive the research. The group has recently developed a keen focus on intelligent transport - developing techniques that will see cars doing the driving. His focus lies on pushing the boundaries of navigation and autonomy techniques in terms of both endurance and scale. These competencies will lie at the heart of the machines that will labour, explore, protect and carry us.

He obtained an M.Eng. in Engineering Science from Oxford University, Balliol College in 1995. He then undertook a Ph.D. in autonomous navigation at the Australian Center for Field Robotics, University of Sydney, Australia. In 1999 he returned to the United Kingdom to work in the commercial sub-sea navigation industry. In late 2000 he joined the Dept of Ocean Engineering at M.I.T. where as a post-doc and later a research scientist, he worked on algorithms and software for robust autonomous navigation for both land and sub-sea agents. In early 2003 he returned to Oxford as a Departmental Lecturer in Engineering Science before being appointed to a University Lectureship in Information Engineering and becoming a Fellow of New College in 2005. In 2010 he was award an EPSRC Leadership Fellowship and became a Professor of Engineering Science. In 2012 he became the  BP Professor of Information Engineering and Fellow of Keble College.

This event is run in association with the Guardian's Comment is free. Comment is free is the online home of comment and debate from the Guardian and Observer. As well as the papers' regular columnists, it hosts a huge range of voices from around the world.