The lecture was made possible by the generous support of the Romanes Fund. 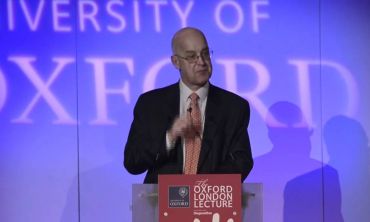 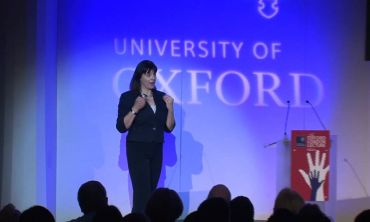 The 21st Century – the last century of youth? The new world population 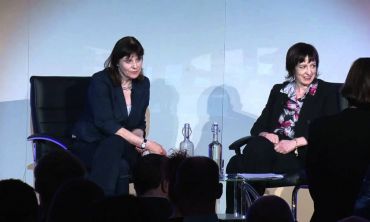 The Guardian's Zoe Williams moderates questions from the audience

Title: The 21st Century – the last century of youth?

Professor Sarah Harper
Professor of Gerontology at the University of Oxford and Director, Oxford Institute of Population Ageing

Synopsis of the 2012 lecture

Professor Sarah Harper will look at the rapidly declining percentage of young people across the world as the population ageing moves across the globe. She asks what implications this will have for societies, their economies and political structures. Professor Harper will also consider the potential collision of the two great 21st century transitions – the demographic and the environmental - will they be complimentary or in conflict?

Sarah Harper (MA (Cantab.) Cambridge; DPhil (Oxon) Oxford) is Professor of Gerontology at Oxford University and Director of the Oxford Institute of Population Ageing, a multi-disciplinary research unit concerned with the implications of future population change.

Sarah trained as an ethnographer and her early research focused on migration and the social implications of demographic change. Her current research concerns globalization and global population ageing. In particular she considers the impact at the global, societal and individual level of the age-structural shift from predominantly young to predominantly older societies, addressing such questions as the implications of the widespread falls in fertility and growth in extreme longevity. Particular research interests are the impact of these demographic shifts on intergenerational relationships, work, migration, and the environment. Sarah also leads The Complex Environmental Population Interactions Programme which unites key demographers, economists, anthropologists, philosophers and environmentalists to address through research, modelling and scenarios, the range of complex interactions between environmental and demographic change over the first half of the 21st century.

Following her early post-doctoral research in China, Sarah has continued her interest in the Asia–Pacific Region. She has worked and lectured in Japan, China, Korea, Singapore, Hong Kong, Australia and New Zealand, and was the 1st holder of the International Chair in Old Age Financial Security established at the University of Malaya in 2009. She is co-PI on the Oxford Global Ageing Study, a survey of 44,000 men and women aged over 40 in 24 countries.

Sarah originally trained with the BBC as a News and Current Affairs reporter and producer. Before returning to Oxford she was a professor in Public Policy at the University of Chicago and remains a Research Associate there at the Center of Demography and Economics.

She serves on the Royal Society working group on population change: People and the Planet, and Council of Advisors of Population Europe. She is a member of the Advisory Board of the World Demographic Association, the Advisory Board of English Longitudinal Study of Ageing, and the Scientific Board of Natural England, and a Governor of the Pensions Policy Institute.  Sarah is a former Trustee of Third Age Employment Network, member of the Wellcome Trust Health Consequences of Population Change Panel and WEF Global Agenda Council on Ageing; Global Advisor on Ageing to HSBC and Chair of the Global Commission on Ageing. She was the author of Migration, Ageing and the Environment, for the UK government Foresight Programme on Global Migration.

This event is run in association with the Guardian's Comment is free. Comment is free is the online home of comment and debate from the Guardian and Observer. As well as the papers' regular columnists, it hosts a huge range of voices from around the world.