What Hashtags Reveal About the EU Debate 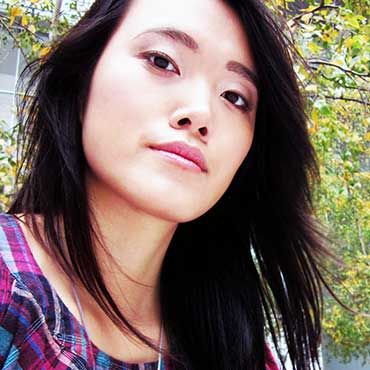 Yin Yin Lu
Hashtags are vehicles of public sentiment because they are inherently bottom-up: anyone can use or create one at any time, for any purpose. Therefore, they offer a unique lens into salient issues that matter to people (although the lens is not perfect due to the demographic biases of Twitter users as well as the hyperactivity of bots).

I have amassed over 30 million tweets that contain 334 Brexit-related hashtags from Twitter’s real-time API (Application Programming Interface) since 10 March. I found that many of the hashtags appearing immediately after and in the month after the EU referendum vote were created by ordinary users. This contrasts against the run up to the referendum, when institutions and official campaigns were more prominent.

Brexit-related tweets and tweeters over time

While pro-Leave users were far more vocal than Remainers in the months, weeks, and days leading up to 23 June, from 24 June the Remain groups rose to the fore on Twitter. In the hours immediately after the EU referendum results, they vented their despair and outrage through emotive phrases like #WhatHaveWeDone, #NotMyVote, #NotInMyName, #NotInOurName, and even #AshamedToBeBritish (which was almost twice as popular as #ProudToBeBritish on 24 June). Many of these user-driven hashtags appeared in Twitter’s trending topics. Remainers also expressed solidarity with each other via #WeAreThe48, which was over 200 times more popular than #WeAreThe52 in the week following the referendum.

Responses displaying humour, wit, and sarcasm were evident too. #BrexitIn5Words and #WriteAPoemAboutBrexit (a competition started by @WillBlackWriter on 25 June) were trending hashtags that served as battlegrounds where Remain and Leave opinions collided.

Another way Remainers responded was (and still is) through using Twitter to mobilise action either directly or indirectly. Calls for a second EU referendum, a second Scottish independence referendum, an Irish unity referendum, and London’s independence from the UK are expressed through a multitude of hashtags: #2ndRef, #2ndReferendum, #SecondReferendum, #ScottishIndependence, #IndependentScotland, #Scottxit, #Scotxit, #IndyRef2, #UnityRef, #UnitedIreland, #IrishUnity, #LondonIndependence, and #Londependence. More direct mobilisation has occurred through hashtags that name and encourage participation in protest marches throughout Britain, the largest thus far being #MarchForEurope in London on 2 July. A second form of mobilisation is represented by #BrexitJustice, which draws attention to a crowdfunding initiative for legal action against Vote Leave politicians.

Remainers have also expressed concerns about xenophobia and racism, using the hashtags #PostRefRacism and #PostBrexitRacism to record alleged incidents of hate crime and prejudice.

On 24 June, Leavers celebrated their victory with the hashtag #IndependenceDay, a phrase used by Vote Leave politicians Boris Johnson and Nigel Farage. Farage added the hashtag to his tweets throughout the day, thanking supporters and declaring that 23 June should become a national holiday. This resulted in the hashtag reaching trending status.

After 23 June, Leavers continued to emphasise their decision with #iVotedLeave, which had been trending on the day of the referendum. Responding to Remainers’ protests, they underlined the finality of the referendum result with #OutIsOut, #OutMeansOut, #BrexitIsBrexit, and #BrexitMeansBrexit. The Leavers have expressed their own call to action through the hashtag #Article50, which they say they want to see invoked as soon as possible.

Leavers have also appropriated pro-Remain hashtags to critique them. For example, #Bregret is used to express a lack of regret.

Finally, when the Prime Minister announced his decision to resign, hashtags that reflected a desire for political leadership emerged from both sides. While #SaveDave and #SaveCameron were popular on 23 June itself, these were swiftly overtaken by #CameronGo, #CameronMustGo, #CameronResign, and #ToriesOut on 24 June. #MayforPM may have defeated #Leadsom4Leader, but the war between #KeepCorbyn and #CorbynOut is still raging.

The hashtags #Bregret and #Regrexit not only express frustration and shock from pro-Remain voters, but also serve as vehicles of name-calling. Few pro-Leave voters have used them to express regret. Both hashtags are commonly used to criticise ‘Brexit’ politicians (as in this example) and the voters who opted to Leave (as in this one).

In the month after the referendum, tweets containing #Bregret have increasingly expressed concerns about a rise in hate crime and racism. Meanwhile, those containing #Regrexit have supported the #Move4Europe London march, making an appeal to others to participate in direct action.

The discourse around the #Brexit hashtag, which represents the debate as a whole, has changed dramatically over the past two months. To investigate this change, I compared the top 200 keywords that appeared in tweets containing #Brexit on 23 May and 23 July (one month before vs. one month after the referendum).

On 23 May, the most popular proper noun was ‘EU’. It was included in 14,883 tweets and was three times more popular than ‘UK’ (4,773 tweets). By 23 July, ‘EU’ was still the most popular proper noun with 3,265 tweets, but the word ‘UK’ followed not far behind (2,841 tweets). This suggests that online conversations before the referendum were more focused on the EU (and its problems or benefits), whereas after the referendum people appear to be more concerned about the UK’s relationship with its EU partners.

The phrase ‘VoteLeave’ appeared more than ‘StrongerIn’ on both days. Indeed, its relative popularity even increased after the vote (7,561 versus 4,372 tweets on 23 May; 1,832 versus 836 tweets on 23 July, respectively). Before the referendum, most people were using #Brexit (a neutral hashtag) to express pro-Leave sentiment. However, after the referendum, ‘VoteLeave’ commonly appears in posts that are critical of the Leavers’ campaign (such as this one).

Other proper nouns on 23 May are mostly inward-facing, representing political figures and parties (as well as the referendum itself): ‘EURef’, ‘Cameron’, ‘Osborne’, ‘Britain’, ‘EUReferendum’, ‘NHS’, ‘david_cameron’, ‘David’, ‘UKIP’, ‘george_osborne’, ‘nigel_farage’, ‘Gove’, ‘BBC’. The only clear non-UK keyword in tweets containing #Brexit on 23 May is ‘Turkey’.

The proper nouns used with #Brexit on 23 July are far more international in flavour: ‘Trump’, ‘Putin’, ‘GOP’ (Grand Old Party, nickname for the US Republican Party), ‘SPD’ (Social Democratic Party of Germany), ‘Merkel’, and ‘WEF’ (World Economic Forum). ‘Scotland’ is also a popular term. This indicates that online discussions have shifted to global responses to the UK’s vote to leave the EU. They focus mainly on reactions from Germany, the United States, and Russia—and whether Scotland will remain part of the UK. Discussions also include comparisons between Brexit and the rise of Donald Trump.

On 23 May, many of the top nouns were related to fiscal matters: ‘recession’, ‘treasury’, ‘jobs’, ‘economy,’ and ‘job’. ‘Migrants’ was another popular word. On 23 July, ‘people’ and ‘establishment’ were the top two, followed by ‘vote’. ‘Economy’ was the fourth most popular, but it seems to be couched in an international context, as other top words include ‘trade’, ‘business’, and ‘world’. Two trends are reflected here: one is the recognition of the populist implications of the vote, while the other is a shift away from concerns about the impact of migrants on UK jobs to concerns about the UK’s role in a global economy.

And finally, a quick note on verbs. An auxiliary verb was at the top of both lists: ‘will’ on 23 May and ‘can’ on 23 July. This illuminates a fascinating contrast between possibility and certainty, potential and commitment. ‘Will’ is undoubtedly far more powerful; its pervasiveness in pre-referendum tweets might indicate the rhetorical power of the Leave campaign (which dominated #Brexit until the referendum). Much uncertainty has been unleashed in the wake of Brexit, but there is still hope, as three popular non-auxiliary verbs from 23 July (not present in the 23 May list) suggest: believe, change, inspire.

One of the largest post-EU referendum issues is the divide between those who voted Remain and those who voted Leave, recorded and reflected by social media. In order to move forward, some are attempting to transcend the divisions that the referendum has created and foster dialogue that brings together voices from both groups. #MoreInCommon, which arose as a tribute to Jo Cox, is one of the few campaigns working to do this. Perhaps #CatsAgainstBrexit, a viral campaign that harnessed the power of feline images to persuade voters to support the EU, could transform into #CatsUniteBritain.