The blog is taken from a speech delivered at The Putney Debates 2017, organised by the Foundation for Law, Justice and Society.

Contribution to the Putney debates of February 2017 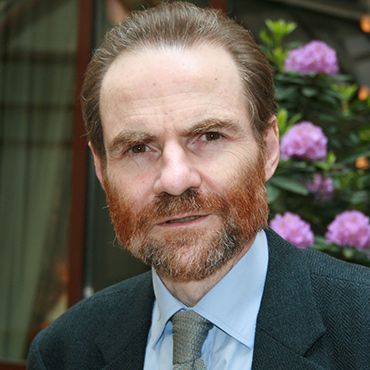 In a famous passage from the original Putney debates, Colonel Thomas Rainborough declares that 'the poorest he that is in England hath a life to live, as the greatest he', that government requires individual consent, and 'I do think that the poorest man in England is not at all bound in a strict sense to that government that he hath not had a voice to put himself under'. Rainborough says voice where we might expect the word vote. Assuming that his contemporary William Clarke's shorthand notes of the debate on 29 October 1647 are accurate – and this is not a piece of 'fake news' from the 17th century – we have here a classic English statement of the inextricable connection between democracy and free speech. It's no accident that in several languages the same word is used for voice and vote: Stimme in German, glos in Polish, sawt in Arabic. Free speech is an indispensable part of the constitution of liberty.

At least three things follow for post-Brexit England. First, watch out for anyone who claims to speak in the name of the People, especially with a capital P. How many times in recent weeks have we heard that 'the people have spoken', that Parliament and the courts must bow before 'the will of the people', otherwise they will be 'enemies of the people' - for the Daily Mail, you see, has an exclusive hotline to the almighty people. This is the classic deceit of contemporary populism: the attributed voice of the singular People trumps (the verb has already acquired a new meaning) all other sources of legitimate authority. But aren't the 48% of us who voted for Britain to stay in the EU also people? If not people, then what? We are a part, a very substantial part, of the people. What distinguishes a liberal from an illiberal democracy is that the people are plural, there are other peoples of England, Scotland, Wales and Northern Ireland and we the citizens speak in many individual voices, not a single one ventriloquised by Nigel Farage, Boris Johnson or the Daily Mail.

Second, democracy requires not just free speech in the abstract but a particular ecosystem of communication. Ideally, this will permit the deliberative democracy that happened in this church 370 years ago – everyone listening to each other's arguments, even Cromwell and the bolshie Rainsborough, and disagreeing with robust civility – to be reproduced in necessarily virtual spaces on the scale of a whole country. This requires media that give you the whole range of competing arguments, honestly presented, with evidence, including facts that are actually facts, not factoids or what Trump's adviser Kellyanne Conway memorably called 'alternative facts'. No media can live up entirely to this ideal, and the BBC Today programme generally still does a great job (and I hope will continue to do so under its new editor). But what we saw in the Brexit campaign, with its constantly repeated lies, its fake news ('Queen backs Brexit'), online echo chambers, contempt for experts and simplistic narrative prevailing over complex reality, is that we are beginning to lose the media we need for democratic self-government. A liberal constitution will not survive unless it's embedded in an ecosystem of uncensored, diverse and trustworthy media – and that's endangered in England now.

Last but not least, if we are to have a written constitution, as I believe we should, then it must include something like the US First Amendment – which was, incidentally, born from the heritage of 17th-century English Puritans. Thomas Rainsborough's brother-in-law was John Winthrop, the one who declared that what they called New England should be 'as a City upon a Hill'. Well, let old England now be as a City upon a Hill, and our free speech guarantee should be not a subsequent Amendment but a foundational article of a modern liberal constitution, high up among the most important articles, as in several European constitutions, but composed in our own English words, echoing the great language of our 17th century predecessors: plain, clear, robust and muscular.