How Britain is viewed from abroad after the EU referendum 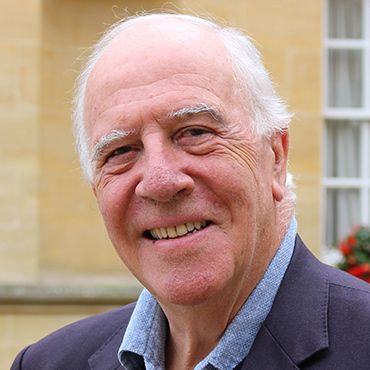 Sir Ivor Roberts
Angela Merkel’s party had a disastrous showing in Sunday’s Berlin state election, which shows that Euroscepticism is on the rise and is by no means confined to the UK. Yet the international ramifications of ‘Brexit’ are not to be minimised. To take our 27 soon to be ex-partners in the EU first, there is a clear instinct among some to exact punishment, not least to deter other putative defectors. The row about when to trigger our exit by invoking Article 50 of the Lisbon treaty is symptomatic. This is merely a foretaste of serious disagreements ahead.

For some on the continent, the prize of snatching the European centre of financial services from London and relocating it in Amsterdam, Paris or Frankfurt is now within reach. The City could well be excluded from valuable "passporting rights" that give unfettered access to the EU bloc. Without passporting rights, it is conceivable that exports of financial services to the European Union could fall by half, or about £10bn (€12.8bn) and, as a consequence, make a move out of London by serious international financial players a real possibility.

Meanwhile, anti-political feeling is sweeping through the democracies: in France, some 60% are in favour of leaving the EU, according to recent polls. The French National Front populist leader, Marine Le Pen, cheered from the rafters for the Brexiteers, demanding a similar referendum in France and welcoming a resurgence of what she calls ‘patriotic’ movements across Europe. It is a similar story in the Netherlands, with the far right leader Geert Wilders wanting a referendum, while in Greece the EU is also deeply unpopular, as it is seen as the main instrument of austerity.

Germany’s Alternativ für Deutschland party is exploiting resentment at the huge amounts Germans have to pay into the EU for its peripheral southern states. The EU is surprisingly even unpopular in Italy, despite the financial aid it has received, as the country’s Five Star Movement sees the EU as a capitalist organisation detached from a people left behind by globalisation; the xenophobic Lega Nord, a regionalist political party in Italy, shares its Euroscepticism from a more overtly anti-immigrant perspective. Euroscepticism is spreading too in the Czech Republic, Hungary, Slovakia, Latvia and Poland. But while many of the peoples in Europe are applauding the British move, their governments are disinclined to allow their electorates the same liberty in case Brexit is shown to be contagious and the European Project implodes.

Across the Atlantic, our special relationship with the United States, largely viewed through a defence and security (i.e. NATO) prism, will continue. Yet, economically, while we are not irrelevant we are still small beer. American exports to Britain last year totalled $56 billion, or just over 0.3 per cent of US GDP. Donald Trump described the Brexit decision as ‘a great thing’. A Trump presidency might theoretically be more accommodating to British interests, unless he unleashes a wave of protectionism from which an outwardly trading nation like the UK would suffer.

Most Commonwealth countries will be concerned at our withdrawal as they have seen Britain as a voice supporting their interests. While we cannot be voted off the UN Security Council (we are a permanent member with a veto), inevitably other countries will see us having diminished influence. Having Britain’s ear will not guarantee any influence in Brussels. Rather the reverse.

For Russia, Brexit will be particularly welcome because the UK took a hardline approach against Russia over Crimea/Ukraine. While President Putin has produced a po-faced statement that the British vote is an exercise in democracy, the reality is that in the Kremlin, there is barely disguised glee that Western Europe has been dealt such a debilitating blow to add to the migrant crisis and the Eurozone problems.

China’s warning that Britain's decision will "cast a shadow over the global economy" was true in the short term, but the real effect will be felt by the UK and the rest of Europe in the medium term. It was hard for the EU’s 28 members to compete with China. Now fractured, and with the departure of the EU’s second largest economy, the remaining EU will find it hard to stay firm against Chinese show of assertiveness in areas such as the South China Sea. Through its car factories in the UK, Japan thought it had built a base for access to the EU single market and has made it clear that if that is now in doubt, their investment in the UK will wither.

Over 150 years ago, Lord Palmerston, who served twice as British prime minister, said: ‘We have no eternal allies, and we have no perpetual enemies. Our interests are eternal and perpetual, and those interests it is our duty to follow.’ The referendum outcome affords us the opportunity to put Palmerston’s dictum into effect. But how easy will that be? Our allies (and a fortiori our enemies) will pursue their own interests. They have no reason to assist us in our ‘eternal and perpetual’ mission. We’ve chosen to go it alone and must live with the consequences.