In the UK research ecosystem, cash is not the only fertiliser 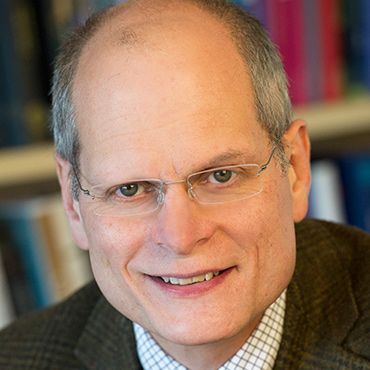 Professor Ian Walmsley
Last week’s announcement by the UK chancellor Philip Hammond of an extra £2 billion a year for applied scientific research by 2020-21 is excellent, and is reassuring news given the uncertainty surrounding science funding post-Brexit.

The UK has never had a problem generating good ideas, but has generally been less good at exploiting them. Hence, investment in industrial innovation is crucial. So too is spending on infrastructure, so I also welcome the chancellor’s additional announcement of new road and rail links between Oxford and Cambridge, aimed at furthering what some have likened to a British version of Silicon Valley (although without the constant sunshine).

Such investments, together with private sector support in the form of focused long-term capital funds, should help develop an innovation ecosystem to rival the best in the world, delivering both economic growth and societal impact. But the government must remember that boosting research and development is only one of the conditions needed for that to happen.

A thriving university system able to generate, analyse, disseminate and exploit ideas in a disinterested manner is a crucial element of how successful societies support their cultures, state institutions and economies. Regarding the last, growth in productivity – which everyone agrees is key to the UK’s future – is rooted in the kind of technological and organisational innovation fomented within universities. In the UK, universities are also the predominant venues for undertaking the fundamental discoveries that underpin impact in industry, health and policy. Such basic research is the best route we know of to deliver major advances, such as lasers or the internet. These advances arise out of an ecosystem that enables ideas to arise, grow and be evaluated appropriately. Revolution derives from evolution: the truly radical ideas arise from the myriad interactions and mutations of ordinary ones.

Such an ecosystem has three central elements. The first is critical mass: sufficient capacity for generating and identifying good and fruitful ideas. The second is cross-fertilisation of concepts: the collision of different ways of thinking, both cross-disciplinary and cross-cultural. And the third is competitive tensioning: ideas must be compared with the best in the world, so the role of international competition is critical in resource allocation, staff appointments and PhD student recruitment.

It is also important to understand that all ecosystems are, in a sense, wasteful. Many ideas are not immediately fruitful, and a few will never lead anywhere. But that’s a necessary part of creativity. The networks supported by the European Union’s framework programmes help the UK research base exceed the critical mass threshold because they allow the country’s researchers to interact with more people, more often, including with industrial and clinical partners. The multinational character of EU projects fosters the need to think about even common ideas in new ways. It also enables projects that could not take place on the national level because they require data or expertise that no individual nation has.

Of course, universities have collaborations worldwide: academics want to work with the best colleagues, no matter where they are. But such collaborations are often bipartite, and rely on each individual to find local support. Multilateral collaborations take this a step further.

The support of individual researchers by the European Research Council is also vital because it allows ideas to be tensioned against the best across the continent, and indeed the world. That is why the ERC is now the global gold standard of research support.

All this entails that, as well as boosting R&D support, there are another three factors necessary for the UK to maintain and enhance its standing in research and innovation. The first is continued participation in EU framework programmes. This will allow the UK to continue to set the agenda for research on a large scale and, importantly, to facilitate researchers in the UK both to access existing international infrastructure and to host new facilities. As demonstrated by Oxford’s neighbours in the Oxford-Cambridge “growth corridor”, the Harwell science campus and the Culham Science Centre (the large majority of whose funding for energy research is from Europe), major facilities underpinning the national research base form a nexus of skills and knowledge that attract able people and industries, provide employment and training opportunities and seed innovation clusters.

Second, UK universities must maintain the ability to recruit both students and staff from throughout the world. The central reason for this is that fundamental questions of deep significance are global questions, so UK institutions need to have a global focus to be relevant. Perhaps the UK should mimic the US system, which has traditionally been much more flexible on the inward movement of students and researchers, with no minimum salary thresholds or points systems.

Third, while the chancellor’s earlier announcement that he will underwrite existing EU-funded projects post-Brexit is welcome, it is also important, when that funding ends, that the increased domestic science budget be used to continue to enable some of the features of EU programmes that have helped leverage UK research investments. The additional funding could be used either to fund ongoing participation in the framework programmes or, if that proves politically impossible, to support multilateral international collaborations.

Of course, it is very difficult to answer precisely the question of what the right level of funding is: you will only know it is insufficient if the ecosystem cannot function, and observing that takes time. But there are proxies, such as whether the UK is an attractive place for people to come to work and study, and whether globally mobile companies are willing to invest. Last week’s announcements will definitely help in these regards, but they will not be enough unless maintaining a flourishing higher education sector is at the heart of the government’s Brexit considerations and negotiations.

This article originally appeared in the Times Higher Education.