An analysis of Sturgeon’s and May’s approach to Brexit 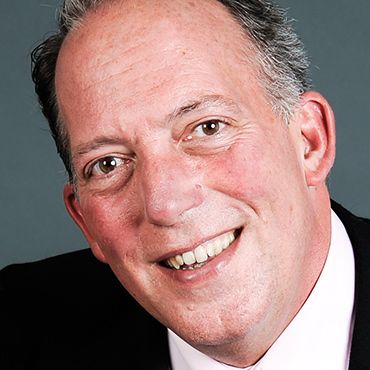 Scot Peterson
In the week of 13 March, two momentous events took place. Parliament passed the bill giving the government authority to notify the European Council that the United Kingdom intends to withdraw from the European Union. And First Minister Nicola Sturgeon announced that her government will introduce legislation for a second independence referendum for Scotland. The first occurred despite the House of Lords’ insistence on a prior guarantee of the status of EU citizens or of an up-or-down vote on the final deal (or no deal); the second was a surprise move, seemingly calculated to pre-empt a positive news cycle on the day the bill was approved. These two leaders’ approaches to Brexit so far show the difference between imposing order and control in an unpredictable environment and being willing to take calculated risks in the pursuit of defined objectives.

Prime Minister Theresa May’s objections to the Lords’ amendments show that she is trying to maximize control. She rejected any guarantee for the rights of EU citizens in the face of both the unanimous advice of the Commons Select Committee on Exiting the European Union and a warning from Oxford University’s own Vice-Chancellor Louise Richardson and the heads of house from 38 Oxford colleges and permanent private halls. Ms Sturgeon, on the other hand, introduced new variables into the equation. Not knowing for sure what result a referendum might bring, she nevertheless insisted that one would be held to determine whether the terms of the UK departure from the EU would be satisfactory for the Scots to remain in the union. This increases her own leverage in pursuing her goal of continued Scottish access to the single market; it also increases the leverage of the European Union in its negotiations with the UK.

As previous academics in this series have pointed out, wise negotiators will try to discern their opponents’ priorities and what pressures create them; and the Celtic fringe presents complicated political questions with deep historical roots. Mrs May’s announcement in July 2016 that she would not trigger Article 50 (implementing the bill just passed by parliament) until she had ‘a UK approach and objectives for negotiations’ reflected the UK’s status as a union state, in which Scotland has real negotiating power. Ms Sturgeon’s timing of her announcement and her willingness to take risks emphasized that point and showed negotiating savvy.

Mrs May has announced her priorities, and it is easy to infer what pressures create them—no contribution to the EU for access to the single market; no jurisdiction for the Court of Justice of the European Union; no free movement; and British laws being made in Parliament. This is a hard-line stance, created by hard-line, back-bench Conservative Brexiteers, who are important in a government with a working majority of 17. Ms Sturgeon’s public priorities run the opposite direction: she wants Scotland to remain in the single market, and she is willing to exploit every opportunity to increase the odds that that happens.

The UK constitution is short on clearly-defined, institutional veto players. (Tsebelis 1995, 316) The House of Lords can act to block change from the status quo during the final year of a parliament, but it husbands its powers carefully, as it did when members withdrew their support for amendments last week. This increases Mrs May’s control. The devolved administrations can block policy on devolved matters, can legally question what matters are devolved, and can (as Ms Sturgeon is doing) threaten to withdraw altogether. These measures are not cost-free, but Westminster lacks the power to punish—it can only reject proposals by devolved governments, and if Scotland and Westminster disagree, the Supreme Court decides.

It is the EU that has a final veto over any policy proposed by the UK or Scotland; indeed, each of the remaining 27 member states (and even subordinate parliaments like the parliament of Wallonia) can block proposed changes to the status quo, and the status quo once Article 50 is triggered next week is a fixed negotiating period, which ends in 2019. Meanwhile, uncertainty and change (new governments, a changing economy, potential Euro crises) will modify the players’ incentives, priorities and the political environments where they make decisions.

As observers, and participants in a democratic system, our task is to distinguish between signals and noise. Theresa May’s objectives and EU demands for £50 billion as an exit fee may be real demands, which may also clash irreconcilably. However, David Davis’ admission that the government has not undertaken an assessment of the impact of a hard Brexit may indicate that that option is cheap talk (the opposite of what economists call a credible commitment). Both sides have an incentive to be as credible and as demanding as possible to the other, in order to get the best deal possible. But in a world of uncertainty, the risk is high that one side or the other may misjudge, with regrettable consequences. We can hope that both Mrs May and Ms Sturgeon appreciate the dynamic character that things will assume when Article 50 is triggered next week.