Scotland, Ireland, and Brexit: what history tells us

Iain McLean is Professor of Politics and a fellow of Nuffield College. 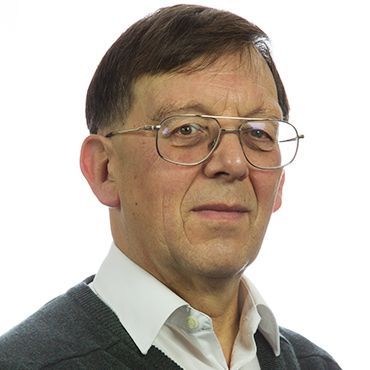 Iain McLean
The BBC published maps of the Remain and Leave votes on 23 June. The Remain map tells us lots of fascinating things, but this post will focus on the Celtic fringe and the historical context for why people may have voted the way they did.

Most of Wales is like most of England, with the metropolitan city (Cardiff) voting Remain and the rest of the country mostly for Leave. Note, however, that there is a little dark (pro-Remain) strip in the north and west. The patterns of settlement laid down centuries ago by the English conquest of Wales still leave their mark as that strip is both Welsh-speaking and Remain-leaning. Welsh speakers take their political cues from Plaid Cymru, which strongly backed Remain.

Now look at Northern Ireland where the votes of 2016 reflect the politics of the 17th century. The palest (most pro-Leave) area is Antrim. That is where James VI and I sent Presbyterian settlers in the 1600s, after the defeat of a Catholic rebellion. The darkest most pro-Remain areas are the most heavily Catholic: West Belfast and Derry City, with the Catholic west of Ulster being uniformly darker than the Protestant east. In June, Catholics voted overwhelmingly Remain; Protestants leant towards Leave. Also, notice the very odd shape of Northern Ireland’s border with the Republic. That results from the Boundary Commission created by Lloyd George during the peace treaty negotiations of 1921. The Welsh Wizard managed to persuade the leaders of Catholic Ireland that the boundary would squeeze the Protestant North out of viability, and the leaders of Protestant Ulster that it would preserve their territory. When it did neither, in 1925, its report was such dynamite that it was suppressed until 1969 and the provisional border remained. Hence the crazily arbitrary boundary of present-day Northern Ireland — 370 miles long although Ireland is only about 100 miles across. Since the peace process began under John Major, that line has ceased to matter. Now it matters a great deal: Post-Brexit, the UK cannot have both restricted immigration from the EU and an open border snaking across Ireland. Ryanair flies from Warsaw to Dublin every day. 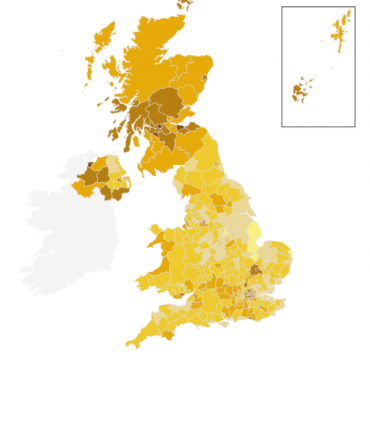 Scotland supported Remain. Within Scotland, the variations are similar to the rest of the UK (look at Edinburgh, Aberdeen, and Shetland), but the overall Remain level is uniformly higher than in England. This matters because the UK is not a unitary state but a union state created by treaty in 1707. The Scottish Parliament has some veto powers. For instance, it can refuse legislative consent to any repeal of the Human Rights Act 1998, and probably to the repeal of the European Communities Act 1972. This helps to explain the unexpected rapport between Theresa May and Nicola Sturgeon. When the Prime Minister stood on the First Minister’s doorstep on 15 July to claim: ‘I have already said that I won’t be triggering Article 50 until I think that we have a UK approach and objectives for negotiations’, she was giving comfort to both of them. We have a prime minister who does not really want Brexit and who has put off the start of the process, and the First Minister who does not really want a second independence referendum, which she fears she might lose. (Both will deny that those are their true positions, of course). The Scots have a more powerful veto threat than the Irish, or Londoners. I suggest that the future shape of Brexit, if it happens, will be determined in Holyrood as well as in Westminster. When the Scottish parliament of 1707 voted to end their country’s existence as a sovereign state, the Chancellor of Scotland, the Earl of Seafield, famously commented, ‘There’s ane end of ane auld sang’. The opponents of the Union might be surprised to hear the auld sang again more than 300 years later if the union does not survive.