Dr Emily Jones is Associate Professor in Public Policy at the Blavatnik School of Government. 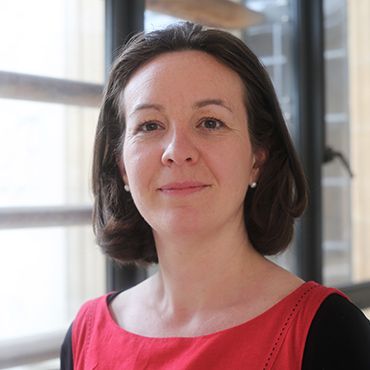 Dr Emily Jones
In the aftermath of the vote to “Leave” the EU, our political leaders, together with our largest and most vocal business sectors, are scrambling to figure out which trade deal will be least economically disruptive. It is hardly surprising that they are zeroing in on a deal that will replicate the status quo as closely as possible. All signs point towards a bid to move to the European Economic Area so that, like Norway, we can stay in the single market.

The challenge with this option is that it will give us the ‘financial services passport’ that the City of London needs, but in return we will need to accept the free movement of people and continue to make sizeable contributions to the EU budget. Of course, this flies in the face of the key promises made by the Leave campaign, and so the many columns in newspapers advocating this approach are hoping that the ‘Norway option’ can be framed in a way that placates those who voted out – for instance, by pointing out that we would no longer be subject to EU rules on value-added tax and that we might be able to invoke a clause that allows us temporarily to impose limits on immigration in exceptional circumstances, as Lichtenstein has done.

But this ‘head in the sand’ approach isn’t good enough. It is also profoundly undemocratic as it fails to take seriously the concerns of the majority who voted to leave. We need to recognise that vote for what it is: clear evidence that our current political and economic system isn’t working for large parts of the UK population. The referendum result is the biggest challenge to the globalisation project that we have seen in the past 30 years, and we ignore it at our peril.

It is no coincidence that this challenge has come from the heart of a country whose leaders – from right and left – have been among globalisation’s loudest cheerleaders. Since the 1980s, ordinary people have been promised that the ‘rising tide would lift all boats’ and they would gain from globalisation. Yet income inequality shot up, leaving the UK one of the most unequal of all developed countries, and social mobility declined. No longer can parents be sure that by helping their children to do well at school, their children’s lives will be more prosperous and fulfilling than their own. Turfed out of manufacturing jobs in the 1980s, men have had it particularly hard, struggling to find work, and they see a bleak future for their children. New jobs that have been created have often been zero-hours contracts and have paid wages that are too low to live on decently. The canonical British dream of owning a home is now out of reach for many. Those who voted to leave the EU are typically on low wages and from white working-class areas that have been economically neglected for the past 30 years.

Rather than roll their sleeves up and work for those who are losing out from the current system, our politicians have done one of two things: ignored the problem, or resorted to the cheap populist tactic of blaming others – immigrants and Europe. This has been their response for three decades, albeit reaching new heights during this year’s referendum campaign.

Now, in the shock of the vote to leave, they are unsure of what to do. Those in parliament, in the higher echelons of our civil service and in the c-suites of our companies overwhelmingly voted to remain. Even those heading the leave campaign didn’t expect to win, as is now abundantly clear. In the uncertainty of impending Brexit, tumbling share prices and cries from our largest and most powerful businesses to maintain access to the European market, it is no wonder that scrambling to restore the status quo has become the default option. Yet this strategy of obtaining ‘Europe by the back door’ fails to confront the deep cleavages in our society revealed by the vote for Brexit and simply stores up bigger problems for the years ahead.

It is time to ask more of our political and economic elites. We need bold and enlightened leadership that brings our country together. A vital plank of this strategy must be the crafting of a new national economic strategy that delivers jobs and prosperity to those who have lost out from globalisation. Such a strategy is badly needed in the UK, but also in other rich countries, notably the US.

We have a historical precedent. In the aftermath of the Great Depression and the Second World War, we created global and national economic governance structures that had a ‘human face’. Recognising the inevitable inequalities that global integration brings, the National Health Service in the UK and the New Deal in the US were created to help redistribute the gains. Economic integration at the global level was coupled with government intervention and mechanisms for redistribution at the national level.

Any new trade deal with Europe must help deliver a more sustainable and equitable growth model for the UK. For instance, kick-starting new businesses in the UK’s economic hinterlands will require strategic intervention and support from the government. The past three decades show us that simply leaving it to the market won’t work. Quietly transitioning to the ‘Norway option’ only brushes the problems under the carpet.

There are no simple answers to the conundrum we find ourselves in. But the ball is in our court. While much has been made of the impending challenges of negotiating with the EU, we need to recognize that the most pressing task is to negotiate among ourselves and reach consensus on the type of economic future we want. No longer can we leave these decisions solely to Westminster and corporate chief executives. It is time for a deep and meaningful conversation that brings together all sectors of our society.