Populism on the Rise? The Brexit Vote and Beyond 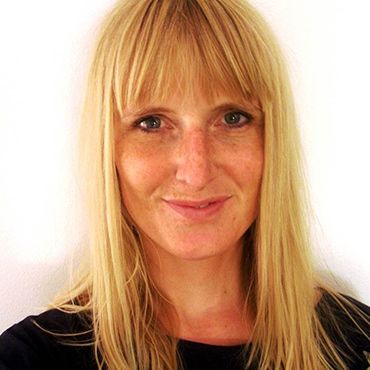 Catherine de Vries
The outcome of the British referendum on European Union (EU) membership has sent shockwaves across the globe that are still reverberating. Politically, the two major political forces in Westminster, the Conservative and Labour parties, are in disarray about how to shape UK’s ongoing relationship with the EU once we leave. Prime Minister Theresa May faces the daunting task of organising the British exit from the EU whilst keeping her party and country together. There are question marks over not only Britain’s new relationship with the EU, but also our partners within the British Union.

Hot on the heels of the Brexit vote came the election of Donald Trump as president of the United States of America. This has been widely interpreted as symptomatic of public discontent with mainstream politicians. Across the European continent, anti-establishment forces are growing, crying foul at the activities of mainstream political elites who they accuse of being slaves to Brussels, financial markets, and trade deals. These populist parties say establishment figures in politics have distanced themselves from the ordinary people they were elected to represent. Most of these anti-establishment parties – UKIP, the Front National in France, Podemos in Spain or the Socialist Party in the Netherlands – rally nationalist or anti-capitalist sentiments. They claim to protect ordinary people against the “caste” of career politicians whose policies they accuse of protecting the interests of immigrants and international organisations, or bankers and multinational corporations. What both the nationalist and anti-capitalist visions have in common, however, is their framing of the political debate in terms of “us” versus “them”. The political arena is no longer portrayed as a place of compromise or pluralism, but rather a zero-sum game: “their” gain is “our” loss.

Interestingly, the rise of many of these populist anti-establishment forces predates the financial crisis. Populist political entrepreneurs, who have skilfully galvanised anti-establishment sentiments by framing themselves as political outsiders, have been steadily gaining prominence on the European continent over several years. Take the example of the Freedom Party in Austria, whose candidate Norbert Hofer was very successful in the recent Austrian presidential election. It entered a government coalition with the conservative party after a sweeping victory in the 1999 parliamentary elections. The recent financial and refugee crises have quickened the electoral success of anti-establishment parties as blaming Brussels, bankers or immigrants for recent political and economic tribulations is a successful electoral formula. The most recent European Parliament (EP) election in 2014 saw the strongest gains for anti-establishment parties. One third of members of the EP belong to Eurosceptic party groups, with similar trends unfolding in national election contests.

These developments mean there are fundamental challenges for moderate political forces. First, anti-establishment forces are slowly but steadily changing the nature and content of political debate overall. This is because of the difficulty in countering an alternative to the divisive rhetoric of populist challengers, leading to many mainstream parties adopting weaker forms of the same rhetoric. By doing this, the anti-establishment sentiment enters the mainstream and fuels the very divisions in society that they aim to oppose. Secondly, the success of anti-establishment forces threatens the governability of political systems. Their rejection of political compromise means that members of anti-establishment parties do not cooperate within the day-to-day parliamentary and committee structure. This obstruction to governance may even spark off further criticism of the mainstream parties; that they simply cannot get things done. In order to break out of the downward spiral of political divisiveness, moderate political forces should perhaps look beyond their traditional differences over left-right issues and combine forces. Perhaps it is time for mainstream left-wing and right-wing parties to unify within and across European countries in order to champion policies that promote inclusivity over exclusivity in their visions of society. Or in the words of this year’s Nobel Prize Winner for Literature, Bob Dylan, ‘there’s no black and white, no left and right to me anymore; there’s only up and down and down is very close to the ground. And I’m trying to go up.’