A vital reaffirmation of Parliamentary sovereignty

Sandra Fredman FBA, QC is a Professor of Law in the Faculty of Law and a Fellow of Pembroke College. 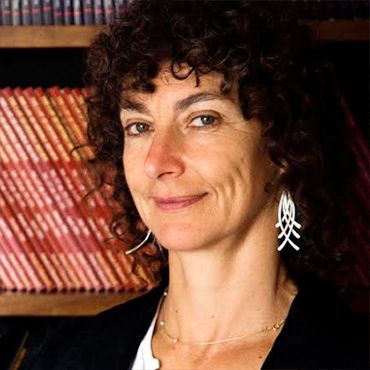 Professor Sandra Fredman
In a ringing defence of the power of Parliament against the executive, the Supreme Court today held that the decision to trigger the process of leaving the EU cannot be taken by the executive alone. Withdrawal from the EU makes a fundamental change to the UK’s constitutional arrangements, and rights of UK residents will be lost. Such a change can only be effected by Parliament. Moreover, the Court made it clear that it was not enough to consult Parliament: the trigger to leave the EU had to be in statute. Nor did it accept that it was sufficient that ministers were accountable to Parliament for the exercise of such powers: the Crown’s ancient prerogative power cannot be used in a way which removes existing rights of UK citizens.

One of the most disturbing consequences of the referendum has been the insistence that the Government is entitled to exercise its powers in relation to Brexit without involving Parliament. In a constitution whose central principle is Parliamentary sovereignty, such claims must be viewed with deep suspicion. Human rights are already precarious if left in the hands of a sovereign Parliament without a written constitution, especially where, as in the UK, the legislature is heavily dominated by the executive. Even more so if Parliament can be sidestepped. It is therefore of immense importance that the Supreme Court in Miller stepped in to protect the power of Parliament against the executive.

It is notable that the Government relied on the prerogative, the residual power of the Crown, to make its claim. In a modern democracy, the role of the prerogative is presumptively problematic. As the Court pointed out, the powers of the monarch to legislate or take executive action without the consent of Parliament have been progressively constrained since the 17th century. The Crown’s administrative powers are now exercised by ministers answerable to Parliament. These powers must be compatible with both legislation and the common law: otherwise, ministers would be able to change the law, breaching the fundamental principle of Parliamentary sovereignty. Although the Court accepted that prerogative powers are appropriate in the conduct of foreign affairs, this was strictly because under the UK’s ‘dualist’ system, treaties agreed between the UK and another foreign state cannot affect citizens’ rights in domestic law without Parliamentary legislation.

The Government nevertheless argued that the European Communities Act 1972, which acts as the ‘conduit’ for EU law into domestic law, should be interpreted so that the prerogative power to withdraw from treaties is not excluded. It went so far as to argue that acts of the government in the exercise of the prerogative can alter domestic law. The majority judgment convincingly rejected this contention. Indeed, it held that by the 1972 Act, Parliament endorsed the UK’s membership of the EU in a way which is inconsistent with the future exercise by ministers of any prerogative power to withdraw.

It is repeatedly claimed that because the ‘people have spoken’ through the referendum it is right for the executive to act without Parliamentary consent. Does this mean that the claims of direct democracy, in the form of the referendum, trump the claims of Parliamentary representative democracy, with the paradoxical effect of giving more power to the executive? The majority emphasized that referenda are themselves a product of Parliamentary authority and must therefore depend on the statute which authorises them. The 2015 EU referendum Act simply provided for the referendum to be held without specifying the consequences. ‘Where, as in this case, implementation of a referendum result requires a change in the law of the land, and statute has not provided for that change, the change in the law must be made in the only way in which the UK constitution permits, namely through Parliamentary legislation.’

This does not undermine the political significance of the referendum. It does, however, reassert the basic tenet that the people speak through their Parliamentary representatives in a democracy. Direct democracy cannot be operationalised by giving undiluted power to the executive.

The human rights implications of leaving the EU are profound. With neither a justiciable bill of rights, nor the binding nature of EU rights, Parliament remains the last custodian of human rights in the UK. The Supreme Court in Miller, far from exerting the power of an unelected judiciary, in fact reasserted the fundamental democratic principle of government through representative Parliament.