This article was first published in The Guardian.

The most likely outcome of negotiations is a variant of Norway’s deal, where we must abide by EU rules but have no say. We’re better off staying in.

Timothy Garton Ash is Professor of European Studies at the University of Oxford. 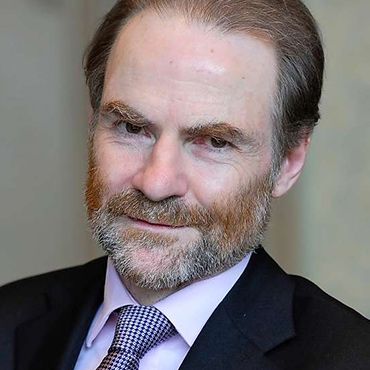 Timothy Garton Ash
‘The Brits don’t know what they want”, explained a front-page headline in that great Swiss newspaper, the Neue Zürcher Zeitung. Exactly so.

Or to put it another way, the Brits can’t agree what they want and don’t know how to get it. On the first anniversary of the Brexit referendum vote, it’s painful to see Britain in such a shambolic mess.

The rest of the EU, by contrast, is making a credible stab at pulling itself together. Ever since French president-elect Emmanuel Macron marched out in front of the Louvre to the strains of the European anthem, on the night of his presidential election victory over Marine le Pen, and even more since his success in the legislative elections, there has been renewed optimism about the Franco-German couple getting the European project back on the road.

The eurozone economy grew faster than Brexit Britain’s in the first quarter of this year. Following the Brexit vote and the election of Donald Trump, popular support for the EU has increased in many member states. Angela Merkel famously remarked in a beer tent in Munich that Europe has to look after itself, since it can no longer rely on the United States and Britain.

Leaders in Paris, Berlin and Brussels are now completely focused on their own tough challenges. For most of them, Brexit is an irritating sideshow. One well-informed German source says that when Macron and Merkel met for the first time, they spent about 60 seconds on the subject.

The EU27, as they are now familiarly called, will discuss Brexit briefly at the EU summit in Brussels this morning, while May drinks her strong and stable tea back in Downing Street.

They may haggle a bit about who gets the EU agencies relocated from London, but all agree on the EU’s basic negotiating message to the May government: “no, you can’t have your cake and eat it”.

Meanwhile, Britain’s election has produced a political shift towards a softer Brexit. The swing from Conservative to Labour came predominantly in constituencies that, in the referendum on 23 June 2016, had voted for Britain to remain in the EU.

Whatever the exact mix of causes, the result is a parliament in which there is clearly no majority for a hard Brexit, let alone for May’s mantra “no deal is better than a bad deal”. Labour, Liberal Democrats and the Scottish National Party want either a softer Brexit or Britain to stay in the EU.

Even the Northern Irish pro-Brexit Democratic Unionist Party, on whose 10 votes in a hung parliament the Tory government must now rely, wants to keep an open border between Northern Ireland and the Irish Republic. Most importantly, the election result has galvanised Conservative MPs who voted remain and seek a softer Brexit prioritising the economy and jobs. Instead of being sacked by May, as was credibly predicted, chancellor of the exchequer Philip Hammond is now openly articulating a vision of Brexit very different from the one which May asked the British people to vote for. In his keynote speech last week at Mansion House, in the heart of the City of London, he again put the economy at the top of the Brexit agenda.

But there is something odd and incoherent about this position. For if your priority is the economy and jobs, then it’s crystal clear that Britain should remain in the EU. That’s why the government of David Cameron fought the referendum mainly (indeed too exclusively) on the likely economic consequences. The fears may have been exaggerated for political effect, but they were fundamentally justified. Also speaking at Mansion House, the Bank of England governor, Mark Carney, made a direct link between the country’s “weaker real income growth” and negotiating Brexit. In other words, the negative economic consequences are already becoming apparent. And we ain’t seen nothing yet.

Cameron lost the referendum because enough voters put limiting immigration and restoring formal legal sovereignty and democratic self-government — in a phrase, “take back control” — before the economics, which they were misled to believe would not be so bad anyway. If your priority really is the economics, then you must logically argue that Britain should stay in the EU. This is, of course, what Hammond and many others on the Conservative and Labour benches privately believe. But it’s the truth that dare not speak its name, silenced by the veto claim that “the people have spoken” and the fear of splitting your own party.

Last Wednesday it was sad indeed to see that personally admirable old lady, the Queen, wearily reading out the government’s delusional promises (“make a success of Brexit”, “build a more united country”) from her throne in the House of Lords. Alas, poor country! Almost afraid to know itself.

If the last year in European and American politics has taught us anything, it is that we really don’t know what will happen tomorrow — witness Brexit, Trump and Macron. Nonetheless, my hunch is that Britain will probably end up, after a transition period keeping current single market arrangements, with some novel variant of Norway’s European Economic Area deal, Switzerland’s customised free-trade package with the EU or Turkey’s membership in the customs union. It may be dressed up in Union Jack bunting, but it will effectively mean that we have second-class membership of the common market, that we must abide by rules we have no say in making, that we will continue to pay into the EU coffers, that immigration from the EU is only slightly reduced, and that we have to accept legally binding arrangements in which the European court of justice still plays a significant role (along with a British court, and perhaps a third party court or tribunal — believe it or not, the UK is looking to Ukraine’s relationship with the EU as one model for this arrangement). A majority in the Westminster parliament will probably swallow all this, in a very British game of muddling through.

Although there is no consensus of the British people on Brexit (May’s rhetoric of “the country coming together” is transparently ridiculous), this may represent a kind of median position on the spectrum between the extremes of leave and remain.

I was talking to a Swiss student recently, on the way to St Gallen, who said that while he realises that Switzerland is largely dependent on the EU, he does not want it to join the EU because “I still have the feeling that we are governing ourselves”. A lot of British people want to get that feeling back, even if they know, in their rational minds, that formal sovereignty is very different from effective power.

As things are at the moment, that’s where I suspect we’ll end up — there or thereabouts. But it’s not inevitable. So we British Europeans should gather all our strength to say, at the moment when the half-baked negotiation result is presented to parliament: “This is the worst of both worlds, neither having our cake nor eating it. Why settle for second-best, associate membership, with many clear disadvantages and few advantages, when you could just stay and have the real thing?”

After all, as Brexit secretary David Davis observed a few years ago, “if a democracy cannot change its mind, it ceases to be a democracy”.