Modern Languages in the UK – all change after the EU Referendum? 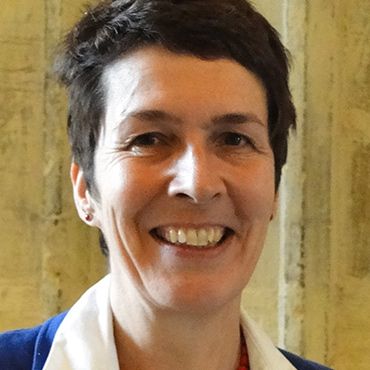 Katrin Kohl
The Referendum on UK membership of the EU changed the cultural landscape for nationals from EU countries in the United Kingdom. Much is made by Brexit supporters of Britain’s enhanced opportunities beyond Europe, but it is by no means clear how breaking European ties will benefit opportunities further afield, and the main signal sent out is that the British Isles have pulled up the drawbridge and become more insular. Since the UK joined the EEC in 1973 and entered the Single Market in 1992, people from other European countries have become integrated in the fabric of the UK, and cultural exchange with European countries has become as vital to the country as the associated trade opportunities. From one day to the next, that trajectory changed. Nationals from other EU countries living in the UK suddenly not only have to contend with an uncertain future in terms of their status and all its practical consequences, but also with the concern that the country they made their home has become a less welcoming place to be.

It’s too early to assess what the Referendum outcome will do to the status of European languages in the UK. It won’t change the trajectory – the teaching and take-up of French, German and Italian in schools have been on a downward spiral for many years, and Spanish isn’t faring much better. And it’s unlikely that English children across the country will flock to Mandarin or Arabic instead, or be given the opportunity to do so. One thing is certain: the shortage of teachers in Modern Foreign Languages was already endangering the sustainability of the subject before the Referendum, and the time bomb is now ticking even more insistently as the obvious solution – to recruit language teachers from France, Spain and Germany to plug the gap – has been radically undermined.

So the Referendum simply joins the series of policy mistakes that have over the years had the unintended consequence of causing a sharp decline of MFL in schools, the consequent closure of some fifty Modern Languages departments in UK universities, and a teacher shortage that is ultimately contributing to the country’s trade deficit with the EU because the UK’s foreign language expertise is diminishing along with its languages graduates. The dire teacher shortage in turn endangers implementation of the government’s recent important policy initiatives to provide compulsory language teaching in primary schools, and include a language in the English Baccalaureate. The overall picture is that we are losing the academic infrastructure that is necessary to equip our young people right across the UK with the language skills and cultural breadth they will need if they are to be confident citizens of a global world in which EU citizens from other countries can often move with greater ease.

Further knock-on effects will be on the degree of motivation to learn languages. Young people choose languages for GCSE or A level not because it’s useful for their future career, or because it will facilitate ordering a coke, but because they have an inspiring teacher, enjoy the subject, and may have had the good fortune to discover a new world, and perhaps a new identity, when visiting a country where the language comes alive for them. The teacher shortage coupled with problematic changes to teacher training entail that the number of inspiring teachers is going down, and school exchanges are becoming a victim of red tape – which will surely be the real winner of the Referendum outcome. Pressurised teachers who already have to deal with increasing health and safety regulations will be further put off by the need to persuade parents that the increased price of European travel is good value for money, and by the additional admin if pupils no longer have European health cards or there are more stringent entry requirements to the EU country. School exchanges beyond Europe will be even more unrealistic and the prerogative of a small elite. The negative impact is likely to be worst in the state sector, where languages provision is in any case suffering most.

So are there any bright sparks on the horizon for Modern Languages? Yes – but it depends on whether we make something of the Referendum outcome as a wake-up call. Just as it was a mistake to fight the Remain campaign purely on the basis of economic factors, it was misguided back in 1992 to think that henceforth the main rationale for learning languages should be their usefulness in the market place, and their economically relevant career benefit. That functional approach has impoverished the subject in schools and reduced its identity in society to a practical skill that is increasingly perceived as verging on obsolete. The rich connection between Modern Languages and the humanities has been all but severed as teachers try desperately to recruit STEM+ pupils to bump up numbers, and the cultural dimension of the subject has become little more than an optional add-on while its creative possibilities have disappeared from view.

There are no quick fixes for the predicament of Modern Languages. But the current context offers a unique opportunity to rethink and re-imagine what Modern Languages should consist of as an academic subject, and how we can make more of the multicultural and multilingual riches in our midst. The UK is not a country of monoglots and linguistic incompetents. It is a uniquely multilingual society – perhaps even the most linguistically rich society in the world. Schools, universities, language communities, cultural institutions, the creative industries and businesses need to work together to give our young people opportunities to develop the languages they may already know from home, and expand their linguistic horizons in order to be able to appreciate the value of cultural diversity. Languages are above all about cultural identity, and as such they are a vital part of human life in a global world that is unlikely ever to become so culturally and linguistically impoverished that everyone will speak only global English.

The Department for Education, Ofqual, school teacher and head teacher associations, the All-Party Parliamentary Group on Modern Languages, the Speak to the Future campaign, universities, and organisations including the British Academy have embarked on a concerted effort to strengthen the subject. Their languages experts have an important role to play in this endeavour: while distrust of experts is fashionable in the Brexit era, Modern Languages needs all the expertise it can get if the crisis is to be addressed effectively. Giving university teachers the task of designing the new A level syllabus (for first examination in 2018) through the A Level Content Advisory Board was seriously misguided in failing to involve teachers on the panel, and in pushing the process through too fast and with insufficient consultation. But it’s a start, and it has contributed to building bridges between sectors. The exam syllabuses now include assessed cultural content with film and literature, and a requirement for deeper understanding of how the foreign language works.

The Arts and Humanities Research Council has come up with a particularly imaginative scheme entitled the Open World Research Initiative, which required universities to compete for £4 million grants with language-led research programmes designed to achieve a ‘transformational impact on Modern Languages research in the UK’. Four university consortia led by Cambridge, King’s College London, Manchester and Oxford together with their wide range of partners are now taking up this challenge. Their transformational work will above all have to succeed in helping to reinvigorate Modern Languages in schools with the support of society at large – notwithstanding the inclement post-Referendum climate.