Legislation: Who exactly is taking back control? 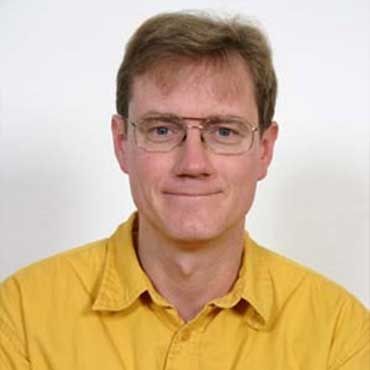 Stephen Weatherill
It is commonly stated that the UK’s departure from the EU will immediately cause a legislative and administrative task on an immense scale, as the UK picks and chooses which EU-sourced rules it will abandon, which it will amend and which it will continue to apply. But this need not be so.

Once a deal is done (if a deal is done) with the EU on the basic shape of withdrawal, it would be perfectly straightforward to repeal the European Communities Act 1972 and other associated statutes which form the ‘bridge’ across which EU law travels to reach the UK’s legal order, but at the same time to introduce legislation providing that all measures that have been made over time pursuant to the obligations imposed by EU membership shall continue in force in the UK notwithstanding the UK’s departure from the EU. There would be no change of substance at all – all that would have changed would have been the authority under which and the purpose for which the measures are made. And the practical point would be that it could be considered at leisure and over time which of these measures should be retained, which changed and which abrogated. There is no rush. There would no longer be an EU standing behind the measures, precluding the UK making its choices. This, in the rather rare fastidious moments when they were not issuing confetti promises of milk and honey, is what those campaigning for the UK to Leave the EU meant by ‘Vote Leave – Take Back Control’: the freedom to decide which laws should apply in the UK without any reference to the expectations of the EU.

Up to a point, this is perfectly correct. Labour market regulation, consumer protection, environmental law, the grant of aid to industry, competition law, external trade policy...these are all areas (and there are many more) where there is a partial or in some instances total overlay of EU rules. Withdraw from the EU, and a State may make its own choices about such matters.

But this is far from the full story.

The EU is a means to manage interdependence among the States of Europe. It is built on rules that prevent States causing harm to each other. So, for example, rules that protect cross-border trading freedom are designed to combat protectionism. States have surrendered the right to regulate their market without taking into account the interests of others – and they have done so precisely because they know that all the EU’s Member States have locked themselves into the same set of credible and enforceable commitments.  And, in more positive vein, the EU serves as an institutionally sophisticated arena within which States can try and find solutions to problems which they face in common and which they can better solve by acting in common rather than unilaterally – climate change, migration, security, economic reform, and so on.

Is leaving the EU a means to take back control? Not in these areas. In these areas leaving the EU is a means to surrender control. As a member of the EU, the UK (like every other Member State) is able to ensure that Germany keeps its financial services market open, that France doesn’t  block imports of dairy products, that Spain doesn’t unfairly subsidise ailing steel manufacturers, and so on. As a member of the EU, the UK has a voice in shaping progressive environmental policies that, by virtue of their adoption by a bloc of more than 500 million people, are globally influential, direct participation in sharing information about criminals, a voice in promoting competitiveness, and so on.

Outside the EU, the UK is in a much weaker position. Passing laws in Westminster isn’t enough to address such problems. One might think this is a price worth paying. But it is a price – a big price – and one that was never properly addressed during the referendum campaign. Now, as the debate about what ‘Leave’ really means and should mean hots up, it is important that the full meaning of ‘Taking Back Control’ in a world that is interdependent and getting ever more interdependent is understood. Part of the ‘Leave’ story is about taking back control, but part of it is about losing it.

In short, it ain’t over.