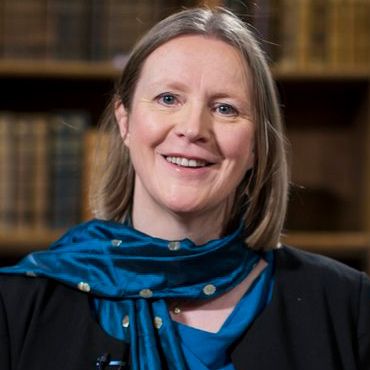 Catriona Seth
For many current academics and students, there is no memory of a life before the European Union. We were all brought up studying languages more or less competently as children and teenagers, and many of us went on school and/or Erasmus exchanges — the generation before ours had penpals. We all laugh at the EU butter mountain or the hypothetical ‘square bananas’, but also marvel at the simplicity of crossing the border between France and Germany, Spain or Italy, for instance, without showing our passports, and of spending euros in Vienna, Valetta or Vilnius. More importantly, perhaps, many of us equate the European Union, in spite of its cumbersome bureaucracy, with a vital achievement: that of contributing ‘to the advancement of peace and reconciliation, democracy and human rights in Europe’ as the 2012 Nobel Prize citation stressed. But the European ideal was not born with the Treaty of Rome in 1957: the discussion of how best to regulate exchanges between nations had been going on for centuries.

A few months ago, an informal international group of members of SFEDS, the French society for eighteenth-century studies (of which I am the current president), decided to take the long view and see what Enlightenment thinkers had to offer in the way of reflections on Europe. They collected passages of texts which were originally published in French, Spanish, Italian, German and English. A colleague from the University of Augsburg, Rotraud von Kulessa and I edited them in French as a freely downloadable online anthology which came out in May. The plan was simply to make these extracts available to all.

The second stage of the project involved crowdsourcing participants for the English version. 121 Oxford students — most of them undergraduates — and their tutors set about translating the different extracts. Many of them enjoyed getting to grips with Rousseau, Kant, Staël or Cadalso on the one hand, but also reading thought-provoking or stimulating points made by people they had never heard of on the other. In his Project for Perpetual Peace in Europe in 1713, for instance, Frenchman Castel de Saint-Pierre advocates greater unity and claims: ‘the European Union is enough for Europe, sufficient to conserve her perpetual peace, and will be powerful enough to preserve its borders and its trade despite those who would try to impede them’. Many writers are concerned with developing trade links rather than protectionism. Some remark on the existence of a common culture which is displayed by similar fashions in clothes or food for instance — and those of us who bemoan the fact that independent shops and cafés are disappearing from our high streets, whilst the same international chains are now present in Brighton, Bratislava or Barcelona will have some sympathy with remarks made more than two hundred years ago. There are comments regarding the importance of the European lingua franca — which was of course French at the time — and expressions of support for the unification of measuring units. Concerns are expressed regarding border control and how to treat outlying countries like Morocco or Turkey as allies. 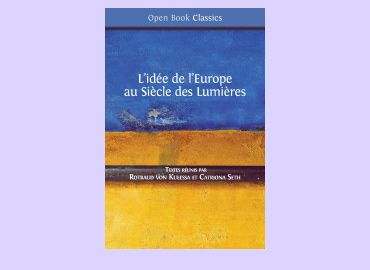 The Idea of Europe - Enlightenment Perspectives
The collaborative nature of the enterprise, which had to be carried out in record time, before the end of term, made it both challenging and fun. Some enterprising undergraduates were even part of groups which translated texts out of more than one language and for most of them, it is the first time anything they have done has appeared in print. Their collective efforts can be downloaded freely here: https://www.openbookpublishers.com/product/637/the-idea-of-europe--enlightenment-perspectives

Many of the ideas put forward by the Enlightenment thinkers resonate with our current concerns. Some are expressed in a manner we would consider outmoded. Others could have been written yesterday. They serve to remind us that, whatever the future political and economic relations of the different nations, Britain is and always will be a part of Europe.