On 1 July we added Tim Cullen’s insights about future negotiations. 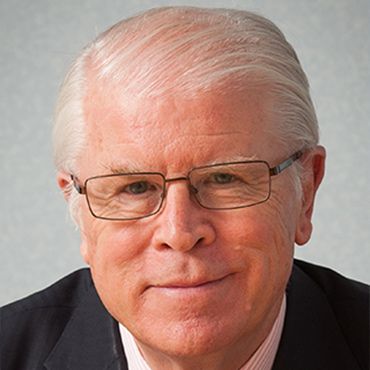 Tim Cullen
We are about to embark on some of the most complex negotiations in the UK’s history, with extraordinarily high stakes. The results and how they were reached will be analysed and debated by negotiation students for years to come.

Emotions are running high at the moment in Westminster, across the country, and in the rest of Europe. It is good that the government has said that it is in no hurry to trigger Article 50, so that everyone, and especially the negotiators assembling in Whitehall, will have time to prepare and design strategies to achieve the best possible results for as many of the interested parties as possible.

Let’s look at some fundamental rules of negotiation theory and practice, and apply them to the Brexit case:

The starting point of any negotiation is to scrutinise what happened last time. UK negotiators can now look back and dissect the negotiations that David Cameron concluded with EU leaders on 19 February. The lessons from that experience will feed into current negotiation planning.

Given the divisions in Parliament and among the people of Britain, it will be a challenge for UK negotiators to agree on and prioritise the multiple issues at stake from which the most important goals for the UK should emerge.

Our negotiators also need to be looking at every issue of interest to all 27 other member countries of the European Union, as well as those of the European institutions in Brussels and elsewhere. They will then need to put themselves in the shoes of their opposite numbers and seek to understand all the pressures they may be under from their electorates and their political friends and foes. Relationships will have to be built with multiple counterparts. For the Brexit negotiators, thinking themselves into the minds of the different cultures involved will also be a strategic imperative.

Negotiators in any field are advised to bring as many issues to the table as possible. This permits reciprocal trades to be grouped together with the objective of enabling as many parties as possible to achieve mutual benefits. In this case, there will be no shortage of issues on the table. This process should be accompanied by mapping all the interests of all the parties involved in the negotiations — again, no shortage of these, with so many entities with a stake.

The next step, which the UK negotiators will constantly revisit and refine when they are at the negotiating table is to to apply a relative value for each issue on the agenda from the perspective of each negotiating party. They will be looking for as many issues as possible where both (or multiple) parties attach a different value to the same issue. They need to look for issues that are of high value to one negotiator to gain and of comparatively low cost for the other negotiator to concede. The more issues that can be identified where the cost and value to each side is different, the easier it will be to make multiple trades based on the differentials.

We have already seen some firmly staked out positions from Brussels and among leaders of individual EU countries. It is important to look beyond these statements, which may be opening bargaining ploys, to the underlying interests of all the parties, where more flexibility will almost certainly eventually be found.

Throughout these preliminary stages and during the negotiations themselves, both informally, prior to Article 50, and formally after it has been activated, very clear rules on communications with the press and the public need to be established. Such a framework will call for careful balancing of the obligation to be transparent, with the need for negotiators to be able to keep issues in play while multiple deals are being made without them being compromised by premature public revelations.

The rest of Europe needs the UK as much as the UK needs Europe, albeit no longer as part of the European Union. That suggests that with immense hard work, analysis, understanding of all sides’ interests, and patience, an eventual agreement may be much more positive than the shrill current debate suggests.

Once a comprehensive agreement has been reached the government will face a big remaining challenge, which is to sell the package to a population that was so polarised by the referendum.