Published 5 September, 2016. This article originally appeared in the Financial Times. 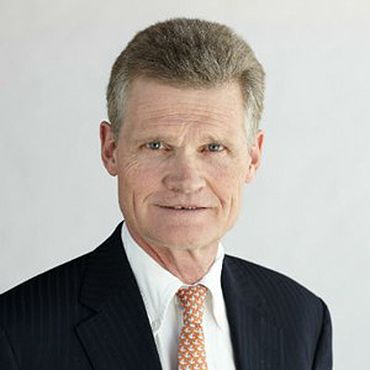 Professor Sir John Bell
Britain’s scientists have benefited enormously from EU funding and the free flow of talented researchers across Europe. Like most scientists, I believed the benefits of continued membership of the bloc outweighed the costs, and would have preferred that the UK had voted to remain, in the referendum in June. But it is unwise to imagine that there were no disadvantages, and important now to look at how best to advance science in the longer term as the UK prepares for Brexit.

The opportunities in this new world extend well beyond funding issues. The cultural, ethical and philosophical environment that supports science is in many ways fundamentally different in the UK compared to many European countries. Britain is more inclined towards a relatively liberal risk-based regulatory environment that allows fields to move quickly — to reflect on ethical issues but not to over-regulate.

The EU, by contrast, has a record of deep regulatory conservatism, attempting to legislate and control many aspects of science that are not deemed here in the UK to present a significant danger. Consider clinical trials. In the early 1990s Britain was recognised as one of the best places in the world to test new drugs on patients. Decisions were quick and bureaucratic obstacles were few.

The introduction of the European Clinical Trials Directive in 2004 ended all this. Needless regulatory hurdles associated with huge inefficiencies and delays in effect killed off the clinical trial industry in the UK, where it declined to just 2 per cent of global trials.

Regulatory constraints from the EU do not relate only to clinical trials. The European approach to the use of data for research purposes is excessively restrictive, a far cry from the UK framework laid out in July by Dame Fiona Caldicott. Similarly, in stem cell research Britain stands almost alone in Europe in its approach to the field, free of restrictive regulation.

Much the same could be said of the research and application of genetically modified crops, vaccines or genomics. Being constrained by EU restrictive regulation in the future is a clear liability. Add to this the constraints on state aid, which inhibit the UK’s ability to support the science-based industries more directly as the Americans do, and we can see that a future in which British scientists collaborate with their European counterparts but are not bound by EU regulation looks tempting.

How can the British government make this a reality? First, it needs to come up with an industrial strategy that incorporates areas of strength in the research base including life sciences, energy, digital and data. The appointment of Greg Clark to lead a department with explicit responsibility for both industrial strategy and science, the appointment of George Freeman to chair the prime minister’s policy board, and the retention of Jo Johnson as minister for universities and science, are welcome signals.

If the UK does separate from the EU regulatory system, there must be changes in the way we govern these industries, in line with the philosophy of low regulatory burden, risk-based regulation and speed. A failure to implement sweeping changes to regulation and its institutions in the UK would be to miss an important opportunity.

We need light touch regulation similar to Switzerland so that Britain can become a global leader in life sciences, data, genomics, regenerative medicine and other innovation-based fields. State aid and industrial policy should be routine. The academic sector should be enhanced, with universities encouraged to pursue pure subjects while expanding in those areas that allow for application, such as engineering.

There is some hope that the government shares these aspirations. If it does, then this small country could, on its own, succeed in converting science and innovation into economic growth.