The Brexit Case: Prerogative or Parliament? 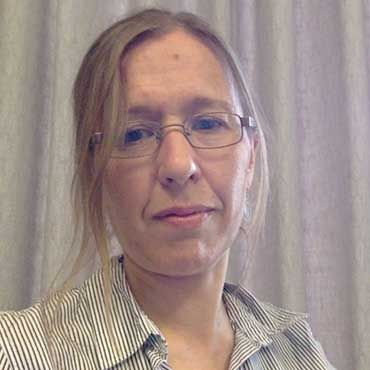 Secondly, the barristers argued about the impact of the European Communities Act 1972. The government’s barrister argued that international law and treaties do not have any effect on UK law until legislation, or delegated legislation, has incorporated these treaties into UK law. For EU law, this was achieved through the 1972 Act which, the government’s barrister argued, formed a ‘pipeline’ through which rights and obligations of European Union law became part of UK law. Eadie argued that the government could withdraw from the treaties forming the European Union with no impact on domestic legislation, other than to modify the material flowing through the pipeline created by the 1972 Act.

Miller and other intervenors argued that this approach misunderstood the nature of the European Union, which created a new legal order and source of law. The 1972 Act was not merely a pipeline, it was a commitment to membership of the European Union and its law-making institutions. Unlike other treaties, it did not solely regulate the behaviour of states, it created rights and obligations that citizens relied on in UK courts. The commitment to membership of the European Union (EU) was reflected in the legislation establishing the Scottish Parliament, the Welsh Assembly and the Northern Irish Assembly, who each have power to implement EU rights and obligations in their own areas of competence and may not act in a way that contravenes EU law. They argued this underlined an important constitutional commitment to EU law which could not be removed by the government without legislation.

Thirdly, the court was asked to consider whether devolved bodies should also have a say if legislation is needed to trigger Article 50. The government argues not, saying legislation establishing the powers of Scotland, Wales and Northern Ireland makes it clear that Westminster regulates external affairs, including the membership of the EU. Also, that despite the Scotland Act 2016 recognising the Sewel Convention – that Westminster would not normally legislate on a matter that had been devolved to Scotland without consent – this remained a convention and was not something the courts could enforce. Intervenors for Scotland, Wales and Northern Ireland disagreed on this point of law. They argued that withdrawal from the EU did involve a devolvement of powers to Scotland, Wales and Northern Ireland to implement EU law and act as agents of the EU. They also focused on Article 50, saying a decision to leave the EU had to happen within the constitutional requirements of the UK, including its conventions. Without necessarily claiming that this was legally enforceable, it was argued that changes in the constitution would have to consider discussion amongst all four component nations of the United Kingdom. Unlike most countries, the UK does not have a codified constitution. Our constitution is found in case law, legislation, and conventions.

Unlike the situation in other countries that have staged referendums, the European Referendum Act 2015 (which governed the Brexit referendum) does not oblige the government to act on the outcome of the referendum. So, the court also has to consider how to interpret this silence. Does it show an intention to stick to longstanding constitutional principles that would prevent the government from using prerogative powers to alter domestic law? Or does it mean that any ‘clamp’ placed on the prerogative by the 1972 Act was over-ridden by the 2015 Referendum Act, letting the people decide and indirectly agreeing to the government modifying the law to exercise its prerogative powers to trigger Article 50? We will have to wait until the middle of January to find out.