Published 18 January 2017. This article was first published on the European Council on Foreign Relations website.

Brexit arithmetics: a logical approach to predicting a Brexit deal 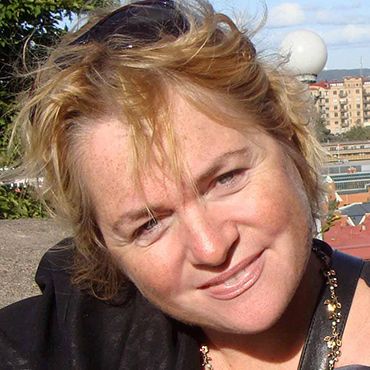 Professor Kalypso Nicolaïdis
Do we know more now about the likely shape of the future Brexit deal? While Theresa May’s speech has provided some much-needed clarity on the British position, her uncompromising stance on the single market could make the deal yet more unpredictable. In the configuration sketched out today, the eventual result will depend even less on what Theresa May wants and even more on what the rest of the EU will give her. Commentators tend to argue that there are too many unknowns to figure out the positions and bottom lines of the 27. But nevertheless, the fundamentals are arguably simple enough to be described in three short equations, each of which gives us a clue about an eventual Deal UK (Duk).

It would be absurd for Brussels to offer a deal more valuable than membership itself. This is not only about precedent and pour decourager les autres. More fundamentally, like any club managing “commons” the EU must protect itself against freeriding. For most clubs, benefits can spill over to outsiders, and it is unfair for these outsiders to benefit without contributing. The UK cannot, therefore, get a better deal now than David Cameron was granted last February, and so the concessions sought on free movement will need to cost enough in other areas to highlight the value of membership. As it stands, the problem with the Brits as seen from Paris is that they are, well, too French - avoir le beurre, l’argent du beurre et les baisers de la fermiere (loosely translatable as wanting not only to have their cake and eat it, but also to kiss the baker’s daughter).

But on the other hand, it is conceivable that Deal UK ought to be better than the deals granted to countries that have never been EU members. It would debase the status of EU membership to treat the UK worse than those who have never been equals around the EU table (who do not know “our” all grand strategies and “our” dirty little secrets). In fact, the UK will be negotiating – at least initially – while still a member. And the marginal cost for the EU of undoing complex internal bargains that have included the UK in the last 42 years increases the plausibility of models like EEA+ or Ukraine association agreement +. Moreover, we all know that “Great” Britain is not any old state and must be allowed to save face. This last consideration is never made explicit on the continent but is nevertheless part of Europe’s historical memory.

However, it is also conceivable that the UK might become so bloody arrogant about it all that no one cares anymore about recognising its special status as a former member state or great power. Especially if it uses as a bargaining chip the threat of a race to the bottom on such policies as corporate taxation, the continent’s willingness to cut it slack will swiftly diminish. This would be freeriding in its purest form and represent an admission that the UK has jettisoned any respect for the basic premises of the EU. In this case, why should “deal UK” be better than deals granted to, say, EEA partners who respect the EU’s rule of the game? The equation would then become: Vm > Vnfm> VDuk

The second equation is even more straightforward. Deal UK will likely allow the UK to opt-in to aspects of EU membership which are earmarked for ‘flexible integration’ (FI), but the EU 27 will resist British attempts to cherry-pick (CP) its favourite aspects of membership without any wider rationale. So for instance, it might be ok to selectively take part in the EU’s research networks or defence procurement cooperation, but not to unilaterally opt out of regional funds which help the poorest regions of Europe or to opt out of the bits of product standards linked to the single market that the UK does not like.

In the next few years, flexible integration will undoubtedly become a key focus for the EU. If the EU is to survive, its policy and institutions will need to reflect what it has become: a continent-wide ensemble of heterogeneous states and economies which show little sign of convergence. If the same EU laws and institutions affect different states differently, we need flexible integration: opt-ins rather than opt-outs. A special deal for the UK can be an icebreaker in this regard.

But there is a fine line between such flexible integration and what the EUians ominously refer to as cherry picking (choosing your favourite policy solely on the grounds of what works for you). It is this fine line that the Brits will have to master. You want EU partners on board with an a la carte exit? Avoid idiosyncratic, ad-hoc demands and find arguments based on generalizable principles.

This brings us to the last equation, concerning the process and approach to deal-making that is likely to work on the continent. This states that Deal UK cannot amount to a unilateral British trade policy, or 27 bilateral deals pasted together. With an EU whose essence is the rule of law, there is precious little room for either. And where there may be some room, the Brits seem to have it all the wrong way around.

Hard Brexiters will therefore need to rein in their worship of unilateralism as the first step to “independence”. Unilateral openness means little in a world where trade is underpinned by the mutual recognition of standards which are constantly and collectively updated, interpreted and litigated. Even if EU laws are copied into British law via the ‘great repeal bill’, that means little without the cooperation mechanisms which make them operative. You may say that your pharmaceutical product confirms to our safety standards, but without collaborative certification, how do we know?

In truth, unilateralism can only work when it serves as a show of goodwill, as with the status of EU citizens in Britain: in this case, simply extending their right to stay without asking for anything in exchange will buy much more goodwill on the treatment of retired British citizens on the continent than using them as bargaining chips.

Similarly, bilateralism seems to be the cognitive frame of a foreign minister who threatens the Italians with an import ban on Prosecco. That is to misunderstand the logic of trade negotiations in the EU, which have been structured so you can no less cherry pick between countries than between issues. Sure, there is lobbying within and by each member state– but their individual stance has to come together in a single position.

At the end of the day, the EU’s economic constitution is about transforming defensive trade weapons (eg tariffs, or anti-dumping duties) into common rules (say competition law) and compensations (subsidies to poorer regions who might benefit less than the single markets). The more Britain is perceived as adopting what Europeans see as a transactional approach and ignoring the EU’s rules of the game, the less goodwill will remain in European capitals when the time comes to strike Deal UK. Why behave as if the country had already unlearned the lessons of four decades of membership?