First Animals exhibition at the Oxford University Museum of Natural History traces the dramatic steps in which all the animal body plans we see today - how an animal is put together and the way it develops from embryo to adult - have emerged. The exhibition is also a chance to see the unique fossil remains that reveal a burst of evolutionary activity called the Cambrian explosion, 540 million years ago. First Animals Online will bring the exhibition into your home...

Frankie Dunn, Research Fellow at Oxford University Museum of Natural History, tackles the tricky question 'What is an animal?'

What triggered the Cambrian Explosion?

The origin and rise to dominance of animals - the Cambrian Explosion - from about 575 to 520 Million years ago was a revolutionary event on Earth.

But why, and how, this happened at this time remains unresolved.

Rachel Wood, Professor of Carbonate Geoscience at the University of Edinburgh, will explore two possible triggers for this event - a rise of oxygen in the atmosphere and in the oceans, and changes in the chemistry of sea water. She will explore these using examples from insight gained from fieldwork in Siberia and Namibia. We have made great strides over the last decade in understanding how changes in the earth system itself may have enabled the rise of complex life, but there is still much we have left to understand about this extraordinary event.

Is Charnia really an animal?

Charnia may look like a plant, but new research is providing definitive evidence that it was an animal. It is a key species of the Ediacaran period – one of the oldest, widest-ranging, and geologically longest-lived – and often appears in varying sizes in the same location. Find out more about Charnia.

You can catch up with the First Animal Online series here.

An alternative reading of the history of life: A perspective through the lens of the trace fossil record

The astounding diversity of animals and complex ecosystems in modern oceans is the result of evolutionary processes operating in deep geologic time. Our exploration of this distant past has relied heavily on the analysis of the body fossil record. This talk is an invitation to explore what we may call 'the other fossil record', comprising trace fossils (also known as ichnofossils), such as burrows, trails, tracks and borings.

In this talk, Gabriela Mángano, a Professor at the Department of Geological Sciences of the University of Saskatchewan, Canada, will show that major evolutionary events, such as the Cambrian Explosion, the Great Ordovician Biodiversification Event, and the Mesozoic Marine Revolution have their own 'ichnologic signature'. Our journey through time will allow us to see how burrowing animals have engineered their environments, become the architects of their landscapes, and changed the face of oceans in fascinating ways.

First Animals: How did they move?

Watch the talk from August 14 here

The majority of animals living today can move, some can run, and some can even fly. But what about the first animals?

Professor Xiao at Virginia Tech will explore some of these questions using the Ediacaran-Cambrian fossil record, with a focus on his recent work on the Shibantan Lagerstätte, in collaboration with his colleagues from the Nanjing Institute of Geology and Palaeontology.

Prof. Xiao is Professor of Geobiology in the Department of Geosciences at Virginia Tech. He received his Bachelor’s and Master’s degrees from Peking University and his PhD from Harvard University.

​​​​​​​*Please note, this lecture may not be suitable for young children, but is suitable for adults and young people – beginners and experts welcome!

Rotten Fish & Fossils: How Experimental Decay is Transforming our Understanding of Ancient Life

Watch the talk from July 29 here

Without fossils we would know little about the amazing journey that life on our planet has taken, evolving from oceans full of green slime through to the myriad of animals and plants we share our existence with today.

Fossils are mainly familiar to us as bones, teeth and shells - the durable mineralised parts of animals. But happily for palaeontologists, and for our understanding of evolution, rare and remarkable fossils preserve the parts of animals that usually decay away after death. Guts, eyes, livers, brains, skin and other decay-prone anatomy all occur in the fossil record making up 'soft-bodied' exceptionally-preserved fossils.

But there’s a problem – when they are preserved in rock such fossils often look nothing like they did when the animal was alive. This makes it difficult to interpret these fossils in terms of their anatomy and crucially where they should sit on the evolutionary tree.

Professor Sarah Gabbott is a palaeobiologist from the University of Leicester. Her research focuses on exceptional preservation, and the use of a variety of analytical techniques and novel laboratory decay experiments to understand the transformation of animal remains during fossilization.

Watch the talk from 15 July here

Professor Paul Smith, Director of Oxford University Museum of Natural History and Professor of Natural History, will look at the beginning of animal life, with particular attention to the Sirius Passet fossil site in the north of Greenland. The exceptionally preserved fossils from this site have been key in the development of our understanding of the ‘Cambrian Explosion’. Paul will discuss evidence for the timing of the origin of animals, as well as the evolution of modern marine ecosystems and food webs.

Beginners and experts are welcome, and while the talks may not be suitable for young children, they are appropriate for adults and young people.

The why, what, when and how of the first animal skeletons

Watch the talk from 1 July here

Dr Duncan Murdock will discuss the first animals to build skeletons, and what they did with them.

Half a billion years ago a bewildering array of animals evolved, bristling with shells, teeth and spines during a Cambrian explosion of skeletons. Dr Murdock will explain the 'what, when and how' of when life got hard for animals, changing the world forever, and discuss the 'why' of what caused this remarkable evolutionary event.

Dr Duncan Murdock is a Research Fellow at Oxford University Museum of Natural History. Dr Murdock’s research is focused on using the fossil record to understand the early evolution of skeletons in animals.

​​​​​​​*Please note, this lecture may not be suitable for young children, but is suitable for adults and young people – beginners and experts welcome!

The Chronicles of Charnia: An introduction to Charnia - one of the oldest fossil animals

Watch the talk from June 17 here 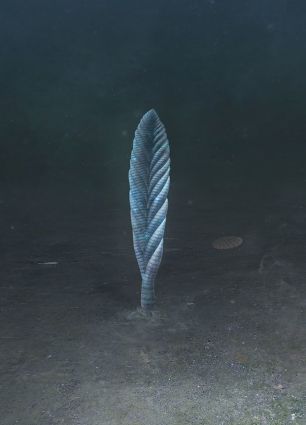 Animals today rule the land, seas and skies, but this was not always the case.

Most major animal groups appear in the fossil record during a major evolutionary radiation event over 500 million years ago; an event that palaeontologists call the ‘Cambrian Explosion’.

However, the evolutionary origins of animals are likely to be significantly more ancient.

Approximately 700 million years ago the Earth sunk into an ice age so severe it is sometimes known as ‘Snowball Earth’. When palaeontologists initially examined the rocks deposited after the ice sheets receded, they found a variety of strange and unusual fossils which increasing evidence suggests were ancient animals.

In this talk, ​​​​​​​Dr Frankie Dunn will introduce you to these fossils - specifically to the long-extinct Rangeomorpha - to which Charnia (a genus of frond-like lifeforms from The Ediacaran Period, pictured above) belongs, that appear to have lived and died in the wake of Snowball Earth.

​​​​​​​Dr Frankie Dunn is a palaeontologist and an Early Career Research Fellow at the Oxford University Museum of Natural History and Merton College. Frankie’s research focuses on the origin and early evolution of animals and particularly on fossil record of the late Ediacaran Period (approximately 570-540 million years ago). The aim of this research is to understand how animal body plans evolved in deep time, before the divergence of the living animal lineages.

Virtual palaeontology: bringing the first animals to life in 3D?

Palaeontology has been transformed by the development of methods for creating 3-D models of fossils, which are providing important new insights into past lifeforms. Modern X-ray imaging allows researchers to study the internal anatomy of specimens at astonishing, micrometre-scale resolutions without causing any damage to the fossil itself.

In this talk, Dr Imran Rahman introduces some of the new techniques that are being applied to the oldest fossil animals. He will also discuss the challenges and opportunities facing this virtual world of palaeontology.

An introduction to the amazing history of annelids. 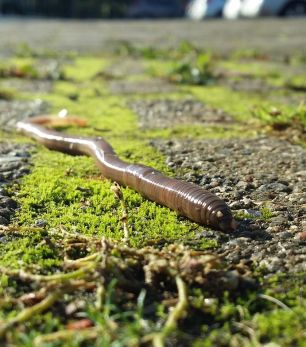 A worm-like body shape is present in many distantly related animals, having evolved separately multiple times. Among these different types of worm, the segmented annelids are perhaps the most familiar, encompassing earthworms and leeches as well as a staggering diversity of different forms that live in the ocean.

These marine worms, called polychaetes for their bristly bodies, show a range of very different lifestyles from reef building filter feeders to voracious ambush predators. Despite their soft and non-durable bodies, special fossil deposits with exceptional preservation reveal their anatomy in great detail, with rare examples preserving evidence of ancient guts, muscles and even remains of nervous systems and brains.

In his talk Dr Luke Parry explores the fossil record of annelids, from their origins over 500 million years ago to extinct forms not seen in the modern ocean, such as armoured worms and giant predatory polychaetes.

Dr Luke Parry is a palaeontologist based in the Department of Earth Sciences at the University of Oxford and is an early career research and teaching fellow at St. Edmund Hall.

Find out more about the First Animals exhibition