Professor Bostrom has a background in physics, computational neuroscience, and mathematical logic as well as philosophy.  He is best known for his work in five areas:  (i) existential risk; (ii) the simulation argument; (iii) anthropics (developing the first mathematically explicit theory of observation selection effects); (iv) impacts of future technology; and (v) implications of consequentialism for global strategy.

In 2014 he was included on Prospect magazine’s World Thinkers list, the youngest person in the top 15 from all fields and the highest-ranked analytic philosopher. He is also the recipient of a Eugene R Gannon Award (one person selected annually worldwide from the fields of philosophy, mathematics, the arts and other humanities, and the natural sciences). He is the author of some 200 publications, and his writings have been translated into 22 languages.

Professor Bostrom has extensive and wide-ranging national and international media experience, including more than 500 interviews for TV, film, radio, and print media. 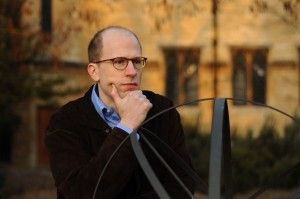