Friederike (Fredi) is Associate Director of the Environmental Change Institute, University of Oxford, and an Associate Professor in the Global Climate Science Programme.

Her main research interest is on extreme weather events such as droughts, heat waves and storms, and understanding whether and to what extent these are made more likely or intense due to climate change. She leads several projects understanding the impacts of man-made climate change on natural and social systems with a particular focus on Africa and India.

Fredi is the co-lead of World Weather Attribution (WWA), an international effort to analyse and communicate the possible influence of climate change on extreme weather events, hosted at the Environmental Change Institute, University of Oxford. Through rapid attribution studies, which provide timely scientific evidence showing the extent to which climate change influenced a given event, WWA has helped to change the global conversation around climate change, influencing adaptation strategies and paving the way for new sustainability litigation.

In 2019 Fredi was named one of New Scientist's 'Ones to Watch' and in 2020 climate change attribution was named one of MIT Tech Review's top ten breakthrough technologies. In 2020, Fredi became one of just 30 international scientists to join the core writing team of the Intergovernmental Panel on Climate Change Synthesis Report of the Sixth Assessment Report (AR6) - the document that will integrate all the IPCC reports in the current assessment cycle.

Dr Otto's work has been featured extensively in global media including the FT, The Economist, Times of India, The Sun, Wall Street Journal, Telegraph, The Guardian, The New York Times, The Washington Post, Daily Mail, Die Zeit, Der Spiegel, the BBC, and CNN. 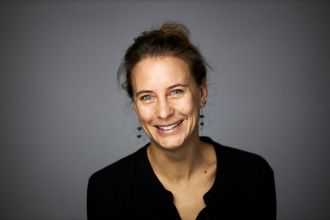