This was the inaugural Oxford China Lecture, an event to connect the widest possible audience to some of Oxford's ground-breaking research. 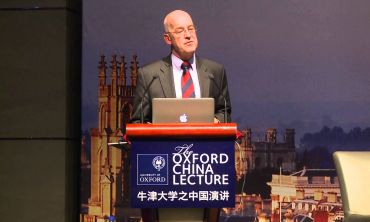 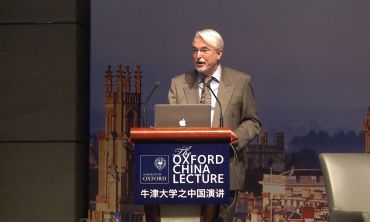 The Future City: Climate Change, Technology and the New Urbanisation 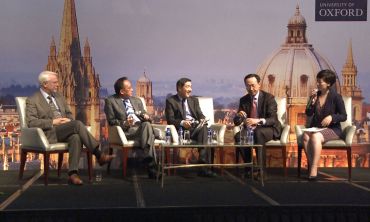 Synopsis of the 2013 lecture

By the middle of this century 75% of the world’s population will be living in cities. With its new urbanisation agenda China is in the forefront of this trend. Does this present a challenge, or an opportunity for humanity?

Cities can be hubs of innovation and creativity, but they can also lock populations in to certain courses of action. Where cities are located, and their roads and streets often reflect decisions made centuries ago, but continue to dictate our actions to this day. Can we create cities that truly evolve and reflect the needs and demands of the 21st Century? And what can cities deliver in helping to solve the seemingly intractable problems of climate change and resource scarcity?

Listed in 2008 as "one of the 15 people the next US President should listen to" by Wired magazine; Professor Steve Rayner will draw on a range of disciplines to outline why the great cities of the world could very well be the crucibles where the future of humanity will emerge.

For more than two decades, Professor Rayner has led interdisciplinary research programmes on science, technology and the environment. He is the recipient of numerous awards, including the 25th Homer N. Culver Award from the American Public Health Association, the Pacific Northwest National Laboratory Director’s Award for R&D Excellence and twice the recipient of the Martin Marietta Energy Systems Awards for groundbreaking work in risk analysis and global climate change policy analysis. He was listed in Wired Magazine’s 2008 Smart List as ‘one of the 15 people the next US President should listen to’.