There's been a lot of conversation around the Castle Mill student accommodation here in Oxford, so our Head of Government and Community Relations, Margaret Ounsley, gave us her thoughts.

I've been involved in community action and local politics for more years than it's polite to ask. I have stood on draughty pavements holding placards and given evidence at judicial reviews. Bridge-widening, playing field-protection, children's play facilities - you name it. I truly believe in people's right to demonstrate and protest and object. It's healthy, and it is right. 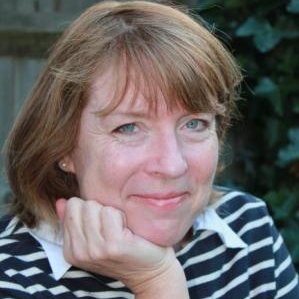 What I also know very well, because I've taken advantage of it myself over the years if I'm honest, is that it's the squeaky wheel that gets the oil.

An effective campaign makes people believe that the arguments it sets out are the only ones that matter: where they're shining the light is the only place worth looking, basically. And in that sense the "One Floor Off" group is clearly neatly run, with its media-savvy soundbites, flyers, and Facebook campaign all making a single point about a single issue.

The Castle Mill story has become – literally – all about one view, neatly sidestepping many other complex factors, including the social and economic benefits brought to the city, and the fact that we are talking about potentially taking away people's homes here.

Unfortunately, of course, elected representatives have the rather more tedious job of taking in the wider considerations. It's not popular, and it's certainly not easy. There is an old joke among political activists about the march of the silent majority:

"A balanced economy based on sustainable grounds which allows for the managed use of our resources."

"When a majority of voters have expressed their will and the appropriate infrastructure is in place."

To me, this is a nice summary of the difficulty of hearing the voices of the other 99.9%.

The ones who cannot afford a place to live because the pressure on housing is so great.

The ones who would love to live in Oxford, but commute in to work from the cheaper satellite towns every day.

The postgraduate student with a young family who queues all night to find some sub-standard flat.

Most of them probably have not even heard of Castle Mill, and just as certainly won't take part in the consultation. But it is them who are being casually dismissed with the throwaway "what do 38 units matter?" of the "One Floor Off" group. And we mustn't forget that the "One Floor Off" proposal involves decamping all 300 of the residents for a year.

The Environmental Impact Assessment is long and detailed. It has been much quoted in the last few weeks. I urge everybody who has an interest in Castle Mill to give it a proper read.

For the people who will have to take the decision, the report makes one unarguable conclusion on its final page:

"Planning permission has been granted for the development, and for a former development scheme; and the University is a world centre of educational excellence which is under extreme pressure to provide student accommodation. In this case the public benefits of the mitigated development put forward would provide exceptional reasons which would justify the degree of harm assessed in relation to the historic landscape character and views of Oxford."

Not an easy caption or soundbite, not as easy to chant as "One Floor Off" - but nearer the everyday reality of doing the right thing.

An artist’s impression of how the Castle Mill development would look.

If you would like to read the full details of the Environmental Impact Assessment, and details of who to send your responses to then look at the City Council’s webpage.