Professor Ruth Simmons meeting guests after delivering the Race and the Curriculum Lecture on the legacy of slavery in America
Credit: John Cairns

Embedding racial and cultural diversity in academic practice across Oxford is the purpose of the Race and Curriculum project. The project, launched after the 2014 Race Equality Summit, brings together students and academics from across the University to undertake a series of undergraduate curriculum reviews to explore how greater diversity of perspectives – especially those outside the ‘western’ tradition – could be more systematically embedded into course content. ‘This is an exciting development and will go a long way to ensure teaching remains at the highest quality and is innovative’, explained Dr Surender. A number of departments and faculties are in different stages of curriculum review and reform, including Politics and International Relations, Theology and Religion, and History. The mantle of campaigning for curriculum diversity has also been actively taken up by TORCH (The Oxford Research Centre in the Humanities), which will take the themes of diversity and difference as organising themes for its 2017 academic activities.

Complementing this department-level work, a new headline lecture series has stimulated further discussions about how to incorporate alternative perspectives into the curriculum and achieve cultural and institutional change within Oxford. Hosted by the Vice-Chancellor, the Race and the Curriculum Lectures offer perspectives on diversifying academic and organisational practice from around the world, from experts including Professor Homi Bhaba from Harvard; Professor Sir Hilary Beckles, Vice-Chancellor of the University of the West Indies; and Professor Ruth Simmons, President emerita of Brown University. 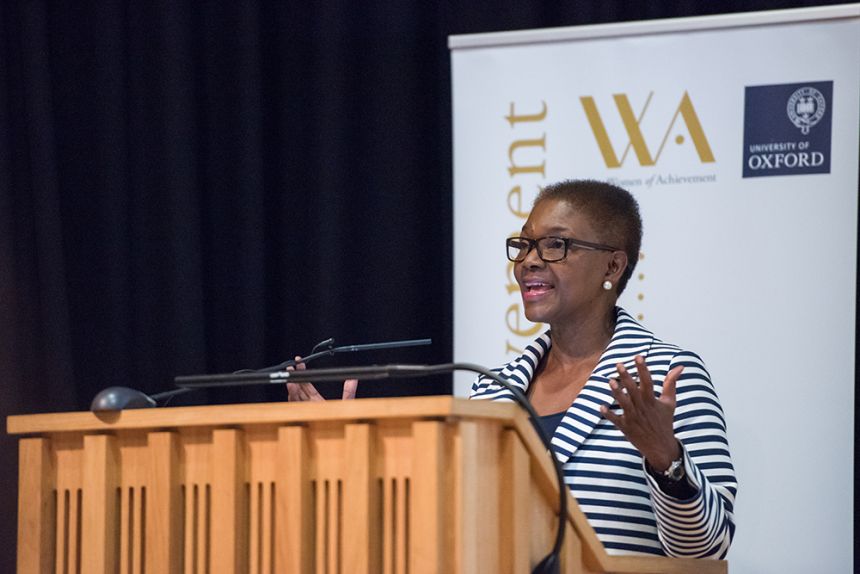 In the 18 months since my position as Advocate for Diversity was introduced, I have witnessed tremendous momentum and an openness to change at all levels – a genuine commitment to ensuring we are a diverse, dynamic and inclusive community. This is a very exciting juncture in Oxford’s trajectory.

Rebecca Surender, Pro-Vice-Chancellor and Advocate for Equality and Diversity

The University’s role as a founding member of the Athena SWAN charter in 2005 has had a defining impact on its work to further academic gender equality, particularly in the sciences. Established originally to combat the under-representation of women in science, technology, engineering and maths but now embracing all disciplines, Athena SWAN awards recognise practices and achievements particularly supporting the career development and progression of female academics. All of Oxford’s departments in the Mathematical, Physical and Life Sciences (MPLS) and Medical Sciences Divisions hold awards, 20 at silver and 7 at bronze level. From November 2015 the scheme has been open to non-science departments – the Social Sciences Division is supporting its departments to apply for awards, while Humanities has reviewed hiring practices with an aim of introducing measures to achieve ambitious targets to increase the proportion of women in academic posts.

A University-wide review of recruitment to senior academic roles and the setting of gender equality targets for University academic, leadership and governance roles are already seeing results. Two years on from revising the process for statutory professorship recruitment, the proportion of female appointees has more than doubled. Championing a diverse range of female leadership role models is also the aim of the Women of Achievement lecture series. Hosted by the Vice-Chancellor, its speakers have included Guardian editor Kath Viner, Baroness Valerie Amos and Chief Medical Officer Dame Sally Davies. 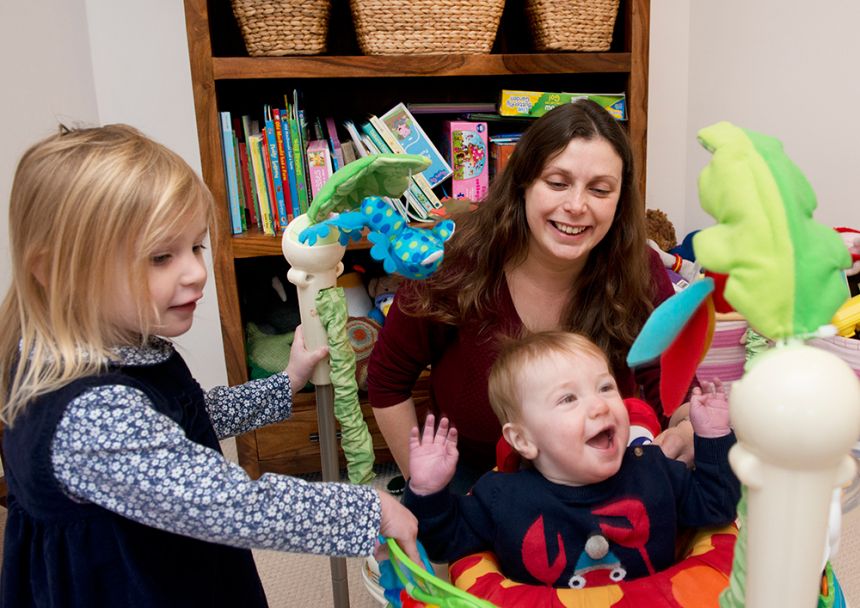 Professor Angela Russell, a recipient of the Returning Carers’ Fund, with her two young children

One of the many projects funded by the Vice-Chancellor’s Diversity Fund, the Returning Carers’ Fund supports academic and research staff with caring responsibilities on their return to work after periods away. Since the end of 2014, the fund has supported 122 members of staff, providing small but significant grants on a flexible basis for academics to determine what would best help them resume their research. This can cover anything from bringing research collaborators to Oxford, funding administrative or research assistance and even seed funding to start up new lines of independent research. The fund is designed not just to signal that Oxford recognises the difficulties faced by those trying to balance the demands of an academic career with caring responsibilities, but to publicly demonstrate that the University is serious about and committed to investing in its academic and
research staff.

Diversity and equality is about more than just policy; who is reflected and included in institutional culture is a priority of the new Diversifying Portraiture initiative. The project aims to widen the range of people represented around the University, promoting inclusivity as a key part of Oxford’s iconography. The first stage of the project involved identifying around 230 existing portraits illustrating Oxford’s diverse past and present – from former governor of Barbados Sir Hugh Springer to suffragist Agnes Royden. The project’s second phase is now nearing completion, and will result in 25 new portraits of living Oxonians, by different artists and in a range of media, which will be displayed in an exhibition and eventually join the existing range of portraits around the University. More than 100 people with links to the University were nominated for their achievements, highlighting the wide range of diversity at Oxford in terms of age, gender, ethnicity, disability and sexual orientation.