Oxford’s undergraduate outreach activities have expanded to include the development of programmes targeted at encouraging more strong applications from UK students from ethnic minority backgrounds.

I think it's important to play a part in encouraging confidence in kids that might think Oxbridge is unattainable, even with the right grades. Five years ago I was one of those students, but having made it to Oxford I think it’s really important as a student mentor to encourage others.

The Undergraduate Admissions and Outreach Office has jointly organised the Annual Access Conference with the student African and Caribbean Society since 2014, which supports state schools in assisting their students of black and minority ethnic origin to make competitive applications to Oxford. A similar series of conferences targeted at British Pakistani and Bangladeshi students was launched earlier this year. The University is also expanding its work with Target Oxbridge, an organisation which supports students from BME communities, in particular those from African and Caribbean backgrounds. This includes a new residential programme for Year 12 students focused on familiarising students with Oxford’s academic environment and admissions process, and providing ongoing mentoring as they apply to university. 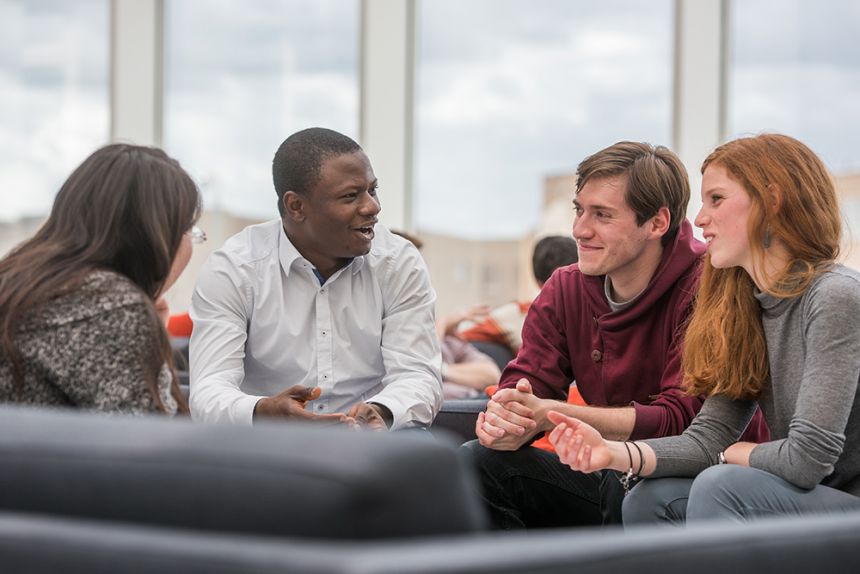 Graduate students in the Maths Institute

Oxford has undertaken a number of successful initiatives targeting support for postgraduates – a key strategic priority for the University. Working with government agencies, the University is co-funding 98 Chevening and Commonwealth Scholars for international students, and provides another 89 bursaries worth £10,000 to UK and EU students through the Higher Education Funding Council for England’s (HEFCE) Postgraduate Student Support Scheme. Now in its 15th year, the Clarendon Fund provides full scholarships (fees and living expenses) to 370 outstanding students from across all disciplines, thanks to support from Oxford University Press, Oxford’s colleges and a range of other partners. A focus on supporting access to postgraduate study through scholarships and student support has resulted in work with donors on hundreds of scholarship programmes and the creation of new endowed scholarships through the Oxford Graduate Scholarship Matched Fund initiative. The Oxford Graduate Scholarships supported 149 scholars this year alone, and has generated donations of more than £106 million since its launch in 2012. It will eventually result in an endowment of more than £200 million providing sustainable, long-term funding for graduate study at Oxford. 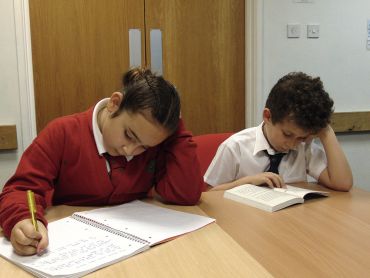 Nearly two years on from its launch, a partnership to help raise attainment and aspiration among students in Oxford’s most deprived area is thriving. IntoUniversity Oxford South East is a partnership between the University, Christ Church and the IntoUniversity charity and serves young people in Blackbird Leys – one of Oxford’s most deprived areas. The learning centre provides academic support and encouragement to pupils aged 7 through to 18, including academic support sessions, mentoring and in-school workshops. In its first year the centre has exceeded expectations, serving more than 800 pupils from the city. 74% of IntoUniversity students in Year 13 progressed to higher education in 2015 – compared to 35% of all students in Oxfordshire. 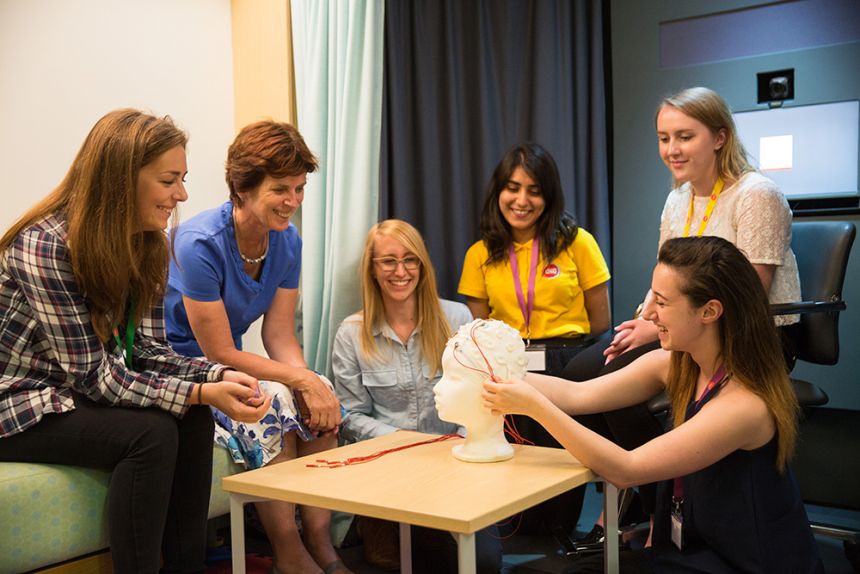 Now in its eighth year, Oxford’s UNIQ Summer School for state school students is one of the largest and most successful outreach collaborations run by the University.

UNIQ was what inspired me to apply to Oxford - working on it has been such a big part of my Oxford life and I'll miss it so much!

More than 5,500 Year 12 students have taken part in the week-long residential summer schools to date, with over 1,100 winning offers from Oxford. Aimed specifically at students from the under-represented groups Oxford targets with its outreach work, the greatest group of participants this year came from Newham Collegiate Sixth Form Centre – one of the largest and most ethnically diverse colleges in East London. While the summer school has grown since its foundation to cover the majority of undergraduate courses offered at Oxford, it remains consistent in its success: UNIQ participants applying to Oxford throughout the years have enjoyed success rates of upwards of 40% – double the overall average for all applicants. 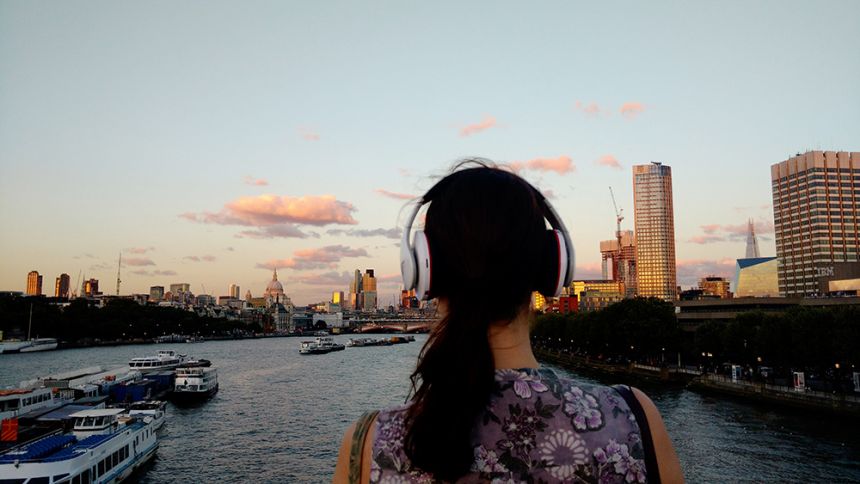 Working as an intern for the Thames Festival Trust, student Jessica Loring assisted in the marketing campaign for ‘Totally Thames’

The employability programmes offered by Oxford’s Careers Service encompass a range of innovative initiatives to equip students with practical skills and experience for the world of work. These range from micro-internships lasting up to five days in organisations around Oxfordshire and Greater London to the Student Consultancy – a first-of-its-kind programme that since its launch has trained more than 3,000 students to apply business and consulting skills to term-long projects with local clients, ranging from small businesses to international charities and start-ups. Now the Careers Service has developed a new programme for secondary schools. Ignite: Career Confidence Programme for Schools and Colleges is being piloted in 45 schools and includes modules geared to each secondary school stage to promote students’ confidence in areas including academic and social life, and eventually career-related activities.

Oxford University was ranked the top university in the world in The Times Higher Education 2016–17 World University Rankings – the first time a British university has secured the top spot. The global table judges the performance of 980 universities across 79 countries; Oxford’s top ranking reflects its all-round strength in contemporary research and teaching. Vice-Chancellor Professor Louise Richardson said, ‘This wonderful news recognises the extraordinary talent and dedication of all who work and study at Oxford. We are delighted with this affirmation of our global success and will be working hard to maintain our position.’