Hands on session in the Ashmolean
Credit: John Cairns

UNIQ has become the University’s flagship access scheme – and one that is undeniably having an impact on Oxford’s student intake.

Experiences don't come much more life-changing than singing at the Sorbonne, social enterprise in Cambodia or particle research at CERN. Yet these are just three of the opportunities abroad seized by Oxford students in the past year from the extraordinary range on offer through the University.

For materials scientist Cameron Brookhouse, a glance at the University Careers Office internships listings changed everything. 'I'd always wanted to be something entrepreneurial in product design and I hadn't considered social enterprise.' He spent ten weeks with WaterSHED, an NGO developing products that can be manufactured and sold independently and sustainably by local entrepreneurs in the developing world. Oxford secured funding from the Alex Scott and Stone Family Foundation. In Phnom Penh, working largely with Cambodians, Cameron researched and designed toilet shelters, a major aid to public health – materials testing, surveying the views of potential users, and constructing a prototype. 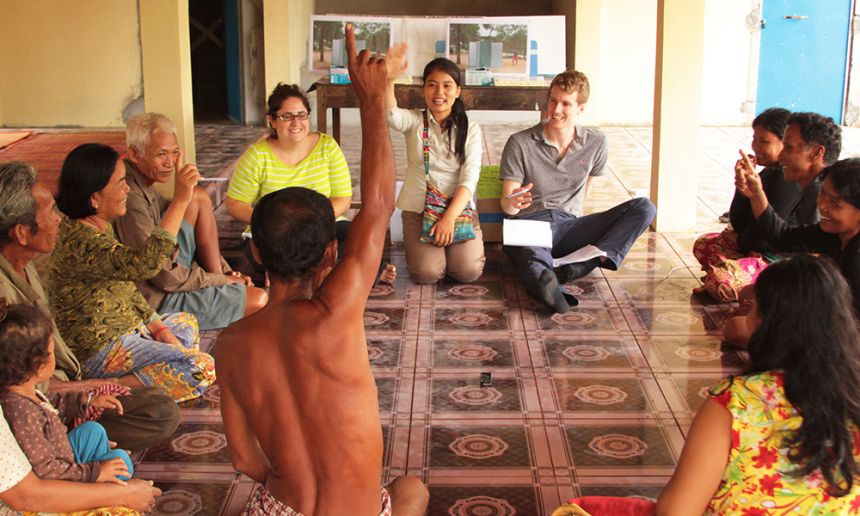 Back at Oxford for his research-based fourth year, Cameron is now working on developing a cheap plastic semiconductor device to check water potability. 'It's ambitious, yes, but it will be awesome if I can at least prove the concept by the end of the year,' he says.

Such experiences demonstrate not only the value of time abroad, but also the fact that it is no longer the almost exclusive province of language students. Around £900,000 worth of awards will be handed out in 2014–15 between some 1,650 Oxford University students for work or study abroad, for anything from a short field trip to an entire year. Jurisprudence with Law Studies in Europe involves a year overseas. The Princeton University Exchange caters to biochemists, historians and engineers. Postgraduates can choose from opportunities as far-flung as Australia, China and the United States.

Erasmus funding via Oxford from the British Council provides a route for 300 traineeships and study exchanges. Rebecca Sharp made elegant use of her mandatory year abroad as a Modern Languages student. Having practised violin, piano and singing from the age of five, she went to the Sorbonne, Paris, to study music and musicology. Oxford assisted not only with setting up the exchange and securing the Erasmus funding, but also with a change of course mid-year, when Rebecca decided to switch from medieval to 19th-century music. 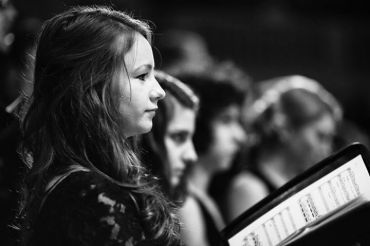 'My main highlight was singing in the University chamber choir, which provided some really great experiences – singing the Fauré Requiem in Saint-Eustache in the centre of Paris, as well as going on a choir tour to the Netherlands. That was really amazing.' Ancillary benefits included learning independence and returning to Oxford with a rich understanding of French music to complement her 19th-century literary studies. 'That's given me a different perspective on my degree,' she says. 'And I'm definitely more independent.'

At the ultimate cutting edge, physicist Alexandra Rollings (Christ Church) spent nine weeks at CERN, Swiss home of the world's largest particle accelerator, on an internship and summer school. 'I was actually accepted on an internship to go to Wuhan in China on photovoltaic cells development. But when I looked again and saw there was an opportunity to go to CERN, there was no doubt that I was going to apply to it! Ever since I visited with school I've wanted to go back. If you want to do particle physics, it's the best you can get.'

The internship and many of the logistics were sorted out by Philip Burrows, Professor of Accelerator Physics, who aims to give Oxford students the best chance of taking up the very limited spaces CERN offers. Geneva is expensive, but £2,500 came from the Oxford Undergraduate Research Programme supported by the Higher Education Funding Council for England. A £300 college travel grant helped Alexandra see a little more of Europe, too. 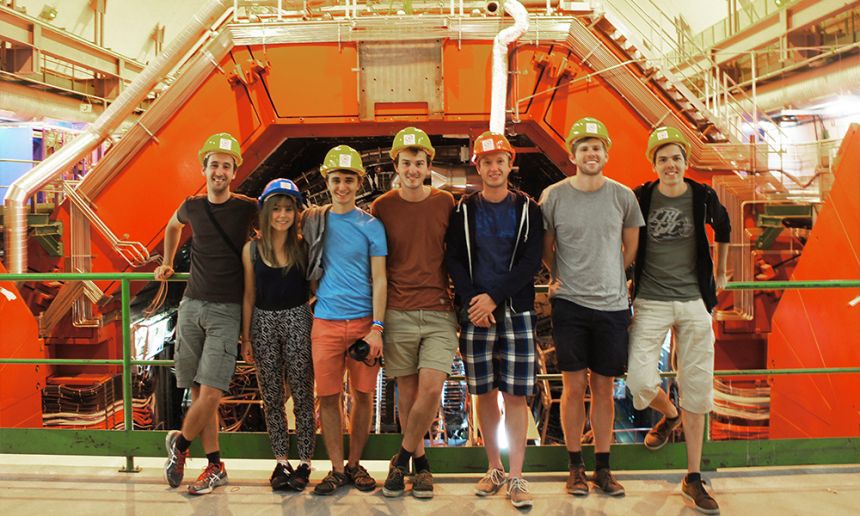 Alexandra Rollings with fellow interns at CERN standing in front of the ALICE detector at the Large Hadron Collider, 50m underground

The internship was with a group working on an experimental accelerator, CLIC – a potential successor to the famous Large Hadron Collider at CERN. The summer school taught theoretical physics, data analysis, and engineering on particle accelerators and detectors. Working with physicists from countries as far afield as Poland and Ecuador altered Alexandra's perspectives for good. 'It opened my eyes to how small the world is and how similar people are. I'm applying for PhDs abroad because I absolutely loved being in Europe,' she says.

Alexandra is now weighing up whether to pursue doctoral research on a CERN experiment or on hadrontherapy, a form of cancer irradiation which promises minimal collateral damage to healthy tissues. 'My eyes were opened up to that because of lectures put on there by Enlight [European Network for Light ion Hadron Therapy],' she says. 'Having worked at CERN is going to do wonders for my applications.'

Whether for study or work or both, with Oxford's help students can transplant themselves for a time into rich new soil.

The University likes to support activities and projects where possible. In autumn 2013 it set up a small community grants scheme to help some of the many community activities around the city.

As part of the University Engagement Programme, students are encouraged to examine and handle objects from the Ashmolean's collections. The results show this is an invaluable part of the learning process.

In a typical year, around 21,000 prospective students worldwide apply to the University for 4,500 places on postgraduate courses. Graduate students are the engines of research: they play a vital role in laboratories, libraries and seminars, making an important contribution to the advancement of knowledge as they gain in expertise and personal development through the pursuit of their passions.

But for some the joy of being offered a place at Oxford is swiftly punctured by the realisation that taking it up will mean a huge financial struggle – and may even be impossible. 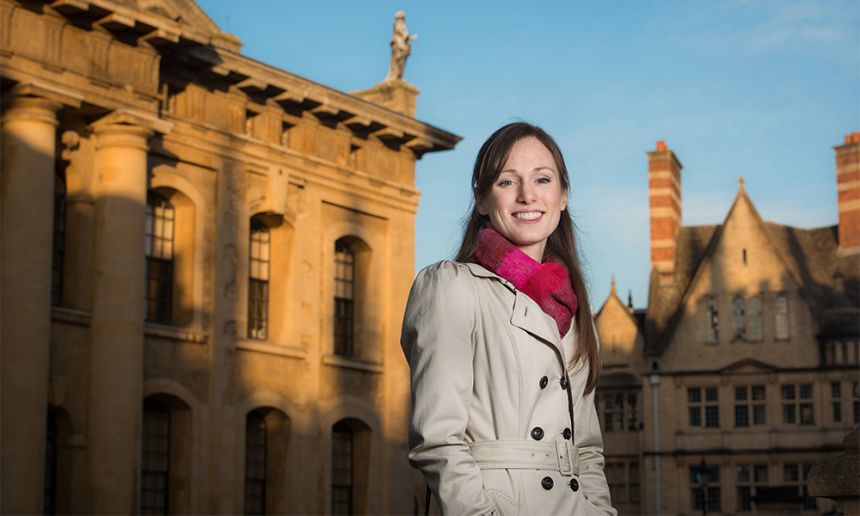 In today's internationally mobile marketplace, leading universities around the world compete fiercely to attract the top graduate talent, with many able to offer generous scholarships. Firm in the belief that the leaders of tomorrow should have the very best education, the University launched a new fundraising initiative in 2012 to increase the number of full scholarships for graduate students of the highest calibre. The University has set aside £50 million for the Oxford Graduate Scholarship Matched Fund, a partnership in which donors are able to maximise the potential of their gift by matching it with University funds in a ratio of 60:40 (donor:University). In total, this funding will be sufficient to fully fund over 165 graduate students at any one time for the expected duration of their course, in perpetuity. Donations to the scheme have come from all over the world, many through the generosity of individuals making gifts to the University or to individual colleges. Some of the colleges have also supported the initiative by allocating donations to their annual funds (in which they amalgamate donations to the college). Companies, trusts and foundations in countries including India, China and Denmark have also created scholarships. Donors are able, if they wish, to indicate a preferred area of study or country of origin.

The first Oxford Graduate Scholars began their studies in 2013–14. Scholarships, which cover 100% of University and college fees plus a grant for living costs, are for the full expected duration of a scholar's course and are awarded to applicants who have demonstrated excellent academic ability. The most recent intake of 71 scholars came from 29 countries. Many of them have come to Oxford determined to learn how to tackle problems they have seen first hand. 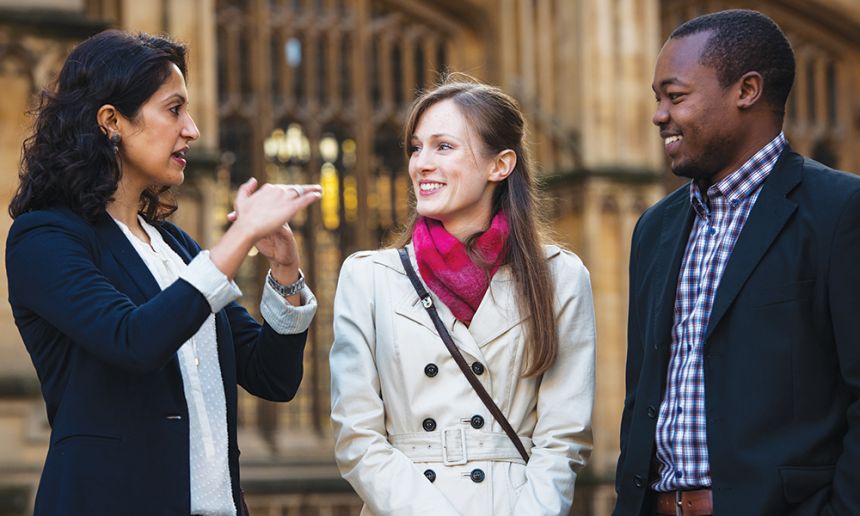 From left: Ranu Sinha, Claire Peacock and Jacob Katuva. The most recent intake of scholars came from 29 countries.

Gayathri Balan followed an engineering degree in her native India with work for a French energy company before following her heart and joining the Piramal–Gandhi Fellowship to work with government schools in Rajasthan. 'During this period I completed a one-month village immersion in a tribal village without any financial resources. This is when I came face to face with the sanitation crisis in India,' she says. Today she is at Oxford: 'The Oxford–Pershing Square Graduate Scholarship has helped me realise my dreams,' she says. 'It has given me the rare opportunity of combining an in-depth, research-based MSc programme with the top-ranking MBA at the Saïd Business School. My aim is to harness the welfare component of the Comparative Social Policy Programme and the social entrepreneurship element of the business school in order to design a sustainable solution for sanitation.' Jacob Katuva from Kenya is studying for a DPhil in Geography and the Environment. 'The Oxford–Base Titanium Graduate Scholarship has enabled me to concentrate on my academic, personal and professional enrichment without having to worry about financial issues,' he says. 'The degree will help me in my career on the development of natural resources (via mining, water resources and irrigation etc) for the reduction of poverty and promotion of economic growth in rural Africa.'

Talented students from the UK are also benefitting from the scholarships, Louise Hill, who is the Oxford–Sylva Foundation Graduate Scholar, is studying the impact of ash dieback disease on trees for her DPhil in Plant Sciences. She remembers how she heard she'd been awarded the scholarship: 'I was in Borneo with very patchy internet when I received an email informing me I'd won the scholarship. It was brilliant – all my hopes were resting on it. In this current challenging funding environment, it was a lifeline.' 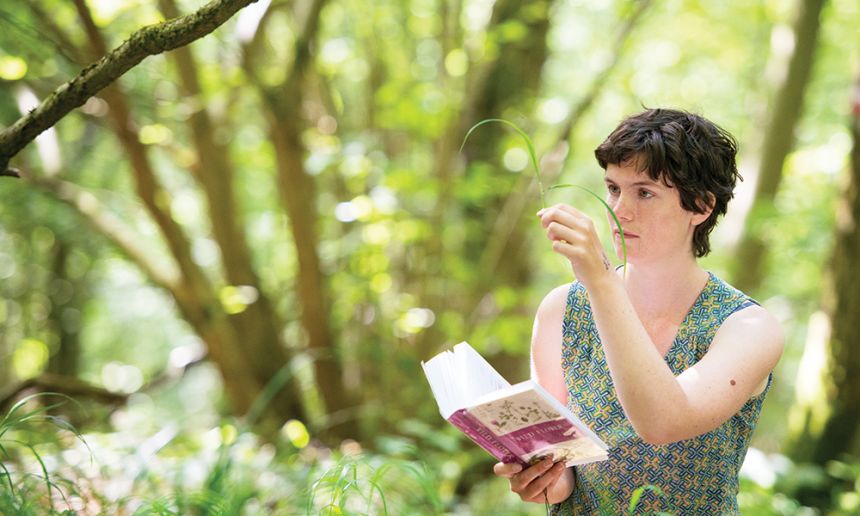 Louise Hill, supported by the Sylva Foundation, is studying for a DPhil in Plant Sciences

Louise's scholarship is supported by the Sylva Foundation, a charity working to revive Britain's wood culture by supporting science, delivering education and enabling sustainable forest management and innovation in wood. Chief executive Dr Gabriel Hemery is in no doubt about the value of the scholarship to his organisation: 'We base all our work on sound evidence, so investing in top-quality science is an important strand in our strategy. The scholarship allows us to foster champion environmental scientists of the future through a close working relationship with a leading university, meaning that our work will have a lasting legacy.'

With Oxford's expertise in inspiring intellectual curiosity and advancing academic excellence, its new generation of graduate scholars will also prove a lasting legacy.