Before Oxford | University of Oxford
Skip to main content

Museum of London Archaeology (MOLA) conducted a dig on the Radcliffe Observatory Quarter in 2009 and 2010. The archaeologists found evidence of a Neolithic square enclosed ditch which indicates that people were living in this area at least as far back as 3520–3360 BCE. 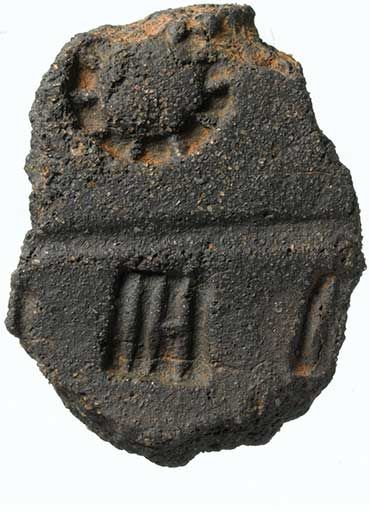 They also found the remains of four vast circular ditches ranging from 20 to 58 meters in diameter. The largest of these has been dated to 1890–1690 BCE. The shape and location of these ditches indicate they had ritual significance and are likely to have been the site of prehistoric burials. Two cremations were found and radiocarbon dated to 2030–1870 BCE. The artistic recreation of the site in the MOLA leaflet (see right-hand column) reflects this period.

People were also living on the site during the Anglo-Saxon period. Two burials had been found during the building of the original infirmary in the 1760s, and MOLA found further evidence of Anglo-Saxon occupation near Walton Street. Associated with a small house or hut was a tiny sherd of 6th-century pottery and nearby they found some clay loom weights used in weaving.